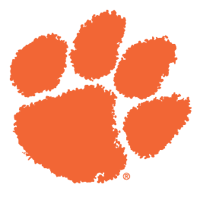 CHARLOTTESVILLE, Va. – The No. 14 Virginia men’s soccer team recorded its fourth straight win Saturday, downing Duke 1-0 in ACC play at KlÃ¶ckner Stadium. The Cavaliers (8-3-1, 3-1-1 ACC) posted their third straight shutout and now have held their opponents for the last 350 minutes of game action.

Eric Bird (Sr., Virginia Beach, Va.) scored in the 13th minute, and UVa goalkeeper Calle Brown (R-Sr., Leesburg, Va.) stepped up with some key saves down the stretch to propel the Cavaliers to the victory.

“They changed their formation which caused us a couple problems, but in the end we got a win and I think that we dealt with it pretty well,” Virginia head coach George Gelnovatch said. “Something we talk about often is conceding goals and it’s not something we do often. On the night, Calle Brown was outstanding. He was largely responsible for the shutout tonight.”

Brown made three saves, including a pair of huge stops during a Duke charge late in the second half. Duke keeper Joe Ohaus stopped six shots.

The Cavaliers scored in the 13th minute, their earliest goal in a game this season. Jake Rozhansky (Fr., Germantown, Md.) whipped a long cross deep and across the box toward the left post to find Bird, who headed it home for his third goal of the season, including his second score of the week.

While Virginia held a decided possession advantage and had the better of the scoring opportunities in the first 75 minutes, Duke made a late push and had the Cavaliers on their heels late in the match. In the 82nd minute, Brown made a diving stop on a low shot by Bryson Asher, just inside the post. After a Duke corner kick, Asher again fired a ball on target, but Brown batted the high shot away to force another corner. As he had throughout the match, Brown stepped up to snatch the corner kick and again squelch the threat.

Virginia finished a stretch of seven matches in 21 days with a 4-2-1 record. The Cavaliers get a much needed break this week before heading to Clemson next Friday (Oct. 17) for a 6 p.m. match that will be televised by the ACC’s Regional Sports Networks.