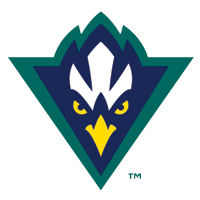 The Cavaliers suffered their first defeat by more than one goal this season while allowing a season high in goals. Virginia created several scoring opportunities and out-shot Notre Dame, 15-9, but the Fighting Irish made the most of its chances in recording its first win in seven tries against the Cavaliers.

“Notre Dame is a very good team and one that we can’t afford to make mistakes against,” Virginia head coach George Gelnovatch said. “It was very tough going into the wind in the first half, and they capitalized on their only two good chances which put us in a very tough situation before the half was even over, on the road against a very strong team. We need to avoid putting ourselves in that situation going into the NCAA tournament. We’ll learn from it and be better.”

UVa was blanked for just the third time this season and had scored at least one goal in each of its last nine matches, dating to a 1-0 loss on Sept. 28 at Syracuse.

Notre Dame struck in the 28th minute as Evan Panken sent a low cross into the center of the box and Leon Brown one-timed it low and to the right of Brown for his first score of the season.

Virginia failed to clear a corner kick in the 35th minute, and it led to a second Irish goal as Brandon Aubrey corralled the loose ball in the box and poked it just inside the post. It marked the first time Virginia has given up two goals in the first half this season.

The Fighting Irish added a third score in the 59th minute as Patrick Hodan dribbled into the top of the box and unleashed a low shot that found the near corner for his ninth goal of the season.