No. 7 Seed Virginia Falls in NCAA First Round to Johns Hopkins 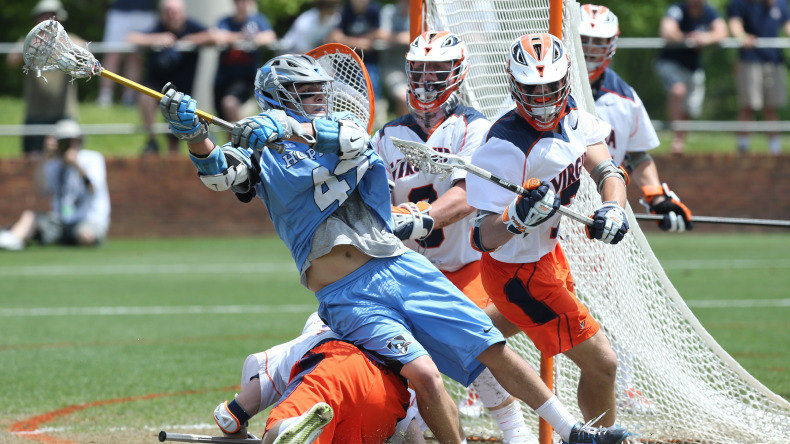 CHARLOTTESVILLE, Va. — The Johns Hopkins Blue Jays (10-6) used an 11-0 run over the first and second quarters to eliminate the No. 7 seed Virginia Cavaliers (10-5) in the NCAA Tournament’s First Round, 19-7, Sunday afternoon at KlÃ¶ckner Stadium.

“It is certainly a disappointing ending today to one of the seasons that I have enjoyed the most in recent history,” said Virginia men’s lacrosse head coach Dom Starsia. “It was really a terrific group of guys that worked hard every day. I didn’t really see today coming based on what we’ve been like in practice the past couple of days. I just felt like we sort of ran out of gas early, and then Hopkins had an answer for everything. Early in the game it just felt like they were winning every match up and were finding the open guy in every instance. There wasn’t any single thing that hurt us. Matt Barrett (goalie) was disappointed to be pulled, but team defense is a much as anything else a group activity and there were a lot of guys that just never got up to speed on the defensive end. It certainly wasn’t Matt’s fault in any way, shape, or form. First and foremost, I credit Johns Hopkins for being really sharp today.”

Johns Hopkins started the game’s scoring at the 11:13 mark in the first quarter on a Cody Radziewicz goal. UVa’s Greg Coholan scored at 9:22 on a Ryan Lukacovic helper, tying the game at 1-1. John Crawley’s unassisted goal at 8:51 in the first quarter started an 11-0 run by the Blue Jays, as UVa was held scoreless for 22:55. A man-up goal by Shack Stanwick at 3:12 in the second quarter on a Connor Reed helper capped the run.

Coholan and Lukacovic, who both scored two goals and dished out one assist, led UVa.