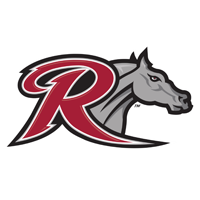 NOTRE DAME, Ind. — Notre Dame scored with just over three minutes remaining in the second half as the ninth-ranked Fighting Irish ousted the No. 13 Virginia men’s soccer team from the ACC Tournament, 1-0, Sunday afternoon in a quarterfinal match at Alumni Stadium in Notre Dame, Ind. Virginia is the No. 5 seed in the tournament, while Notre Dame is the No. 4 seed.

“I thought we played with a lot of concentration and intensity, which we need to do at this time of year,” Virginia head coach George Gelnovatch said. “Notre Dame is a good team and this is always a tough place to play. It was one play in the 87th minute that turned things on its head, but the good news is this is not the last game of the season. We’ll get ourselves ready for the NCAA Championship and regroup.”

Virginia goalkeeper Jeff Caldwell (So., Todd, N.C.) recorded a career-high seven saves, including six in the second half, in a terrific performance. Notre Dame goalkeeper Chris Hubbard recorded one save as the Cavaliers were shut out for just the fourth time this year.

The Fighting Irish out-shot Virginia 15-4 and held a 9-1 edge in shots on goal. Notre Dame took six corner kicks, including five in the second half, while UVA earned one corner.

Notre Dame maintained the run of play for the vast majority of the second half, but time after time was denied by Caldwell. The Fighting Irish finally cashed in with just over three minutes remaining when Patrick Hodan launched a corner kick into the center of the box and found an unmarked Brandon Aubrey, who headed the ball home for his third goal of the year.

The goal marked the first time UVA had conceded in 357 minutes, 28 seconds.

Caldwell saved a pair of Notre Dame shots in succession just minutes earlier. Aubrey cranked a free kick outside the top of the box from 25 yards which Caldwell deftly poked over the crossbar. On the ensuing corner kick, Connor Klekota got a foot on the loose ball inside the six-yard box, but Caldwell dove to smother the ball in traffic and end the threat.

UVA’s lone shot on goal came in the 24th minute when Edward Opoku (Fr., Rye, N.Y.) poked a ball upfield past his defender and beat him down the right flank to retrieve it, setting up a brief one-on-one situation with the goalkeeper, but Hubbard snuffed out the shot, which was just inside the near post from about 12 yards. Opoku created another quality chance in the second half and hit a ringing shot which clanged off the near post in the 58th minute.

Notre Dame had its best chance of the first half in the 44th minute. Following a free kick into the box, the ball pinballed inside the six-yard box with Thomas Ueland twice getting a foot on the ball, but Caldwell deflected both shots while on the ground before Nate Odusote (North Haledon, N.J.) cleared the ball to end the flurry.