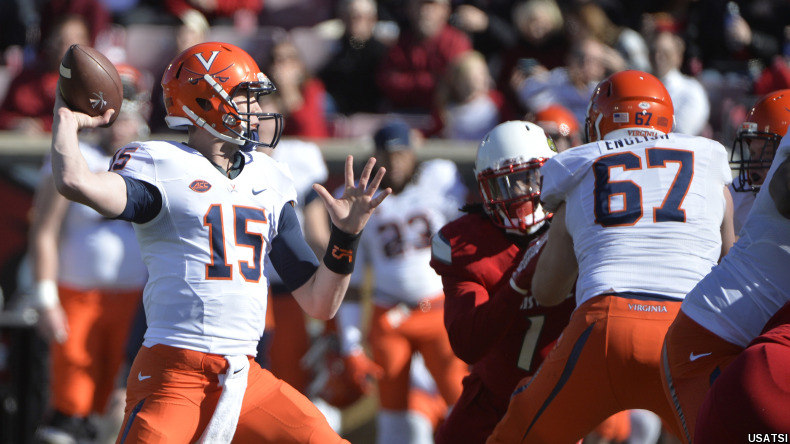 Virginia (3-7, 2-4) tried to rally as Matt Johns threw his fourth touchdown pass with 1:16 remaining to cut the lead to 38-31. The Cavaliers then recovered the onside kick but were flagged for illegal formation, allowing Louisville to run out the clock.

Louisville rushed for 266 yards – their fifth 200-yard rushing performance of the season – and is now bowl eligible for the sixth year in a row.