CHARLOTTESVILLE –– Some of the physical reminders of Mike Fisher’s extraordinary soccer career at the University of Virginia, including his two Hermann Trophies, are at his home in Wilmington, North Carolina. Good luck spotting them, though.

“They’re in a box in my attic,” Fisher said, laughing.

Fisher and his wife, the former Kelly McLaughlin, who also played soccer at UVA, have three children: daughters Avery (12 years old) and Graysen (9) and son Nick (6). Are the kids aware of their father’s athletic exploits?

“Avery is,” Fisher said. “She’s really into soccer, so she kind of looks me up on the Internet and stuff, and my daughters have asked to see some of my awards. They’re aware. They don’t really know all the fine details. They’re more focused on themselves.” 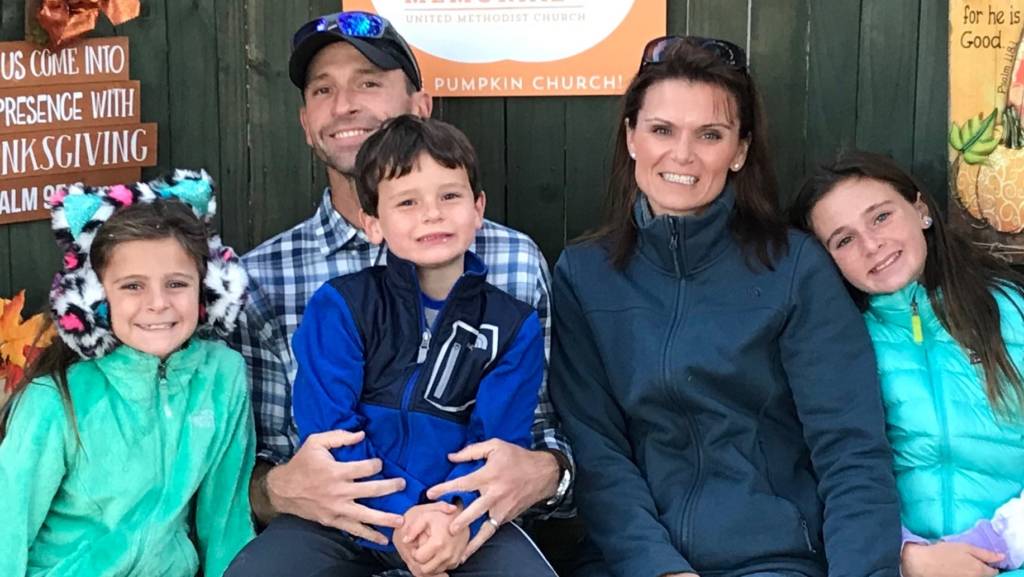 Mike Fisher and family
Fisher, who grew up in the Chicago suburb of Batavia, Illinois, came to UVA in 1993 after graduating from Batavia High School, where he was valedictorian. The Gatorade national player of the year as a Batavia High senior, Fisher joined a UVA program coming off its second straight NCAA title.

By the time Fisher graduated in 1997, with a bachelor’s degree in biology, the Cavaliers had added two more NCAA championships, and the 5-foot-9 midfielder had established himself as one of the greatest players in program history.

“I loved being a student-athlete at UVA,” Fisher said. “It was just such a great atmosphere athletically and socially and academically. Obviously, the team had a ton of success, which made it a ton of fun, and all the players were really good people and became good friends. It was just a really cool atmosphere to be involved in.”

Fisher’s teammates in 1995 and ’96 included Matt Chulis, who’s now the Wahoos’ associate head coach. An All-America defender during his playing days, Chulis can attest to Fisher’s prowess on the pitch.

Fisher was also a serious student who passed up a career in professional soccer to attend medical school at UVA. When he graduated, Major League Soccer was only a year old, and Fisher saw MLS as an option similar to minor-league baseball.

“To me at the time it didn’t seem like a feasible option to have a real career out of it,” Fisher recalled. “And, frankly, at the time, I needed a break. I was just kind of burned out, so I made the decision to go pursue medicine instead.”

The landscape of soccer in the United States has changed dramatically since then. “It’s totally, totally different now,” Fisher said. “The best players in the country don’t go to college, for the most part.”

“If I had that decision in front of me now, in 2020, certainly it would be a completely different scenario, just because the league has grown so much,” Fisher said. “There’s so much more opportunity for players coming out now, even if you don’t make it in the MLS, to have a career in sports, in soccer, like [former UVA standout] Kyle Martino, who does commentary.

“A lot of the UVA guys have found pretty decent careers in soccer. That certainly has changed a lot. Back then, for me at the time, it was a relatively easy decision, just because I felt like I needed a break and my interest had kind of changed toward medicine.” 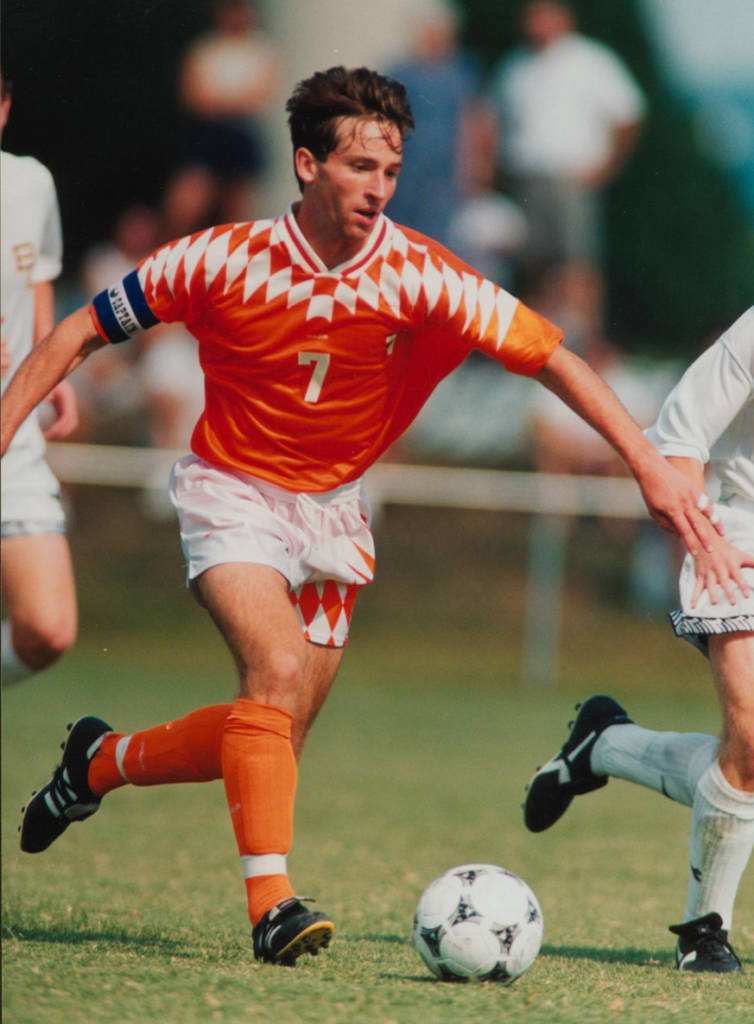 Mike Fisher at UVA
For Fisher’s first three seasons at UVA, Bruce Arena was in charge of the program.  When Arena left for MLS after the 1995 season, his longtime assistant, George Gelnovatch, took over as Virginia’s head coach, and he still holds that position today.

As a fourth-year at Virginia, Fisher stated publicly that he planned to attend medical school after earning his bachelor’s degree. The Tampa Bay Munity selected him anyway in the 1997 MLS College Draft, picking him second overall.

“I was shocked,” Fisher recalled. “I’d told people I wasn’t playing [pro] soccer. And then I got a call from the GM after the draft. He was like, ‘Well, we thought we’d just take a chance. We’ll just bring you down and show you the facilities,’ and I said, ‘I’m not interested.’ So I never went down there, and that was it. It was kind of a wasted draft pick.”

He spent the next four years in medical school at UVA. When he needed a break from the grind of his studies, Fisher occasionally would swing by soccer practice.

“He’d come over and talk to George,” Chulis said, “and then he’d jump in training, and he’d be the best player in training.”

Fisher said: “It was always fun. I still enjoyed hanging out with the guys, and I would come kick around with them every once in a while. It just got to a point where I was too busy doing all my other stuff.”

After finishing med school at Virginia, Fisher had a one-year internship at Roanoke Memorial Hospital. Then came a four-year radiology residency at Duke, followed by a one-year fellowship, also at Duke.

He never expected to end up in Durham, North Carolina. During his four years as a UVA undergraduate, Fisher developed a healthy aversion to Duke.

“I wasn’t even going to apply to Duke’s radiology program, for that reason,” he said, laughing. “I was like, ‘I can’t see myself going there.’ But I just kind of cast this wide net and applied to a bunch of places, and Duke had one of the top five radiology programs in the country. And when I visited, I just really liked it. I liked the people there, so I decided to try to go there.”

From Durham, Fisher moved to Wilmington, where he’s a radiologist with Delaney Radiology. His wife attended veterinary school at Virginia Tech and worked as a vet for several years, Fisher said. “Then when we started having kids, she decided to stay home with them.”

His lifelong interest in science drew him toward medicine. “From a young age I had an interest in maybe being a doctor, and as I got into college I started learning a little bit more and taking my premed courses,” Fisher said. “I actually did a little preceptorship with [then-UVA team physician] Frank McCue when I was an undergrad, and that really kind of confirmed to me that medicine was something that would be good for me.”

When he entered med school, Fisher said, he thought he’d become an orthopedic surgeon. “But then the more I looked into it, I saw the big thing from a lifestyle perspective was that it wouldn’t allow me to do some of the things that I wanted to do, like coach my kids’ teams.”

A friend suggested that Fisher consider radiology. “So I did, and it piqued my interest. I decided to do it. It was almost like a leap of faith, because I kind of decided at the last minute. But I’m glad I did. I enjoy it. I do musculoskeletal radiology, so I’m still kind of involved in a lot of orthopedic type medical care. It’s been good for me.”

He keeps a regular schedule, “so from a lifestyle perspective, family life and everything, it’s about as good as it gets in medicine,” Fisher said.

COVID-19 remains a concern for Fisher and his colleagues. “We see it every day, so we’re aware that the virus is still around,” he said. “It’s here. It’s in our face. But for a lot of people who don’t work in the health care setting, it seems like they just kind of forget that it’s still here.” 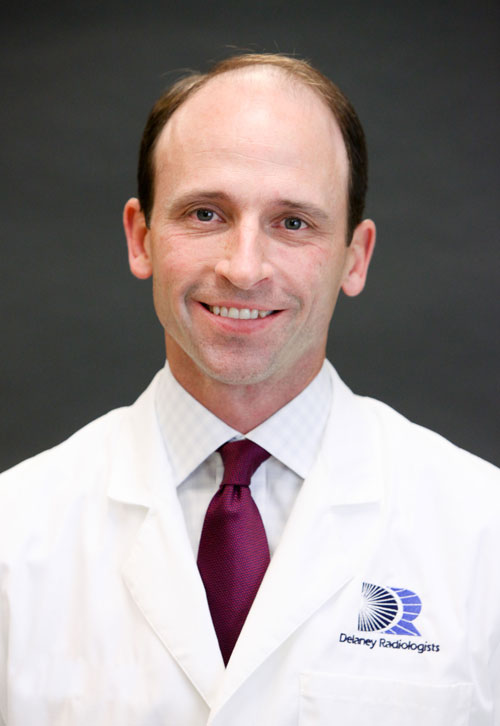 Dr. Mike Fisher
After relocating to Wilmington, Fisher played in a local men’s soccer league for one season, “just because a couple of my friends were in it, and they asked me to come out and play,” he said. But he didn’t want to risk injury, and his family was growing, so he hung up his cleats.

“Now, I just play with the kids, coaching their teams, I get out there and play with them,” Fisher said. “That’s fun for me.”

All of his children play soccer, and “I coach in some form or fashion all three of their teams,” Fisher said. His wife coaches, too.

Fisher laughed. “We are a soccerful family.”

At UVA, Fisher played on teams that were a combined 81-10-6, captured three ACC titles and won two NCAA championships. In his junior year, Virginia lost to Duke in the NCAA semifinals.

That was an era in which most of the top young players in the U.S. went to college and then stayed there at least three years.

“I think what I remember most is the talent level [in the program] was just so obvious,” Fisher said. “Our teams were just stacked. We had some of the best players in the country in each recruiting class.

“Everyone knew, at least older guys on the team, that we were the most talented team in the country. It doesn’t mean you’re going to win, but that level of confidence was there. The older guys––Claudio [Reyna] and Brian Bates and A.J. Wood and Clint Peay and all those guys––they were just confident that if they played their best and tried their hardest, that we were probably going to win.”

Fisher said he follows the Hoos from afar, “just checking scores and seeing how they’re doing in the tournament. When the games are on TV, I try to watch them. I obviously always root for Virginia, and I like seeing George and Matt have success. My wife and I both are always cheering for Virginia.”