Smyth’s Big Comeback Allows Her to Advance at U.S. Amateur

Rockville, Md. – Thanks to a late comeback, Virginia junior Riley Smyth (Cary, N.C.) advanced to the round of 32 in match play at the 120th U.S. Women’s Amateur Championship taking place at Woodmont Country Club in Rockville, Md.

After tying for fourth place in stroke play, Smyth faced off against former Pepperdine player Katherine Zhu in the round of 64 of match play. The two players posted identical scores on their first nine holes before Zhu picked up wins on No. 10 and No. 11 to go 2-up. She maintained that lead for the next two holes before Smyth engineered the comeback.

Smyth made par on No. 14 while Zhu posted a bogey and then used birdies on No. 15 and No. 16 to pick up two more wins and take a 1-up lead that she maintained for the final two holes.

Former Cavalier standout Lauren Greenlief (Ashburn, Va.) failed to reach match place. She tied for 59th place but could not advance through a 15-player playoff for the final six spots in match play.

Cleary posted rounds of 70, 66 and 70 for a 54-hole total of 7-under 206 at the par-71 DuPont Country Club. She took medalist honors by five strokes and was one of just two players in the 78-competitor field to shoot below par. 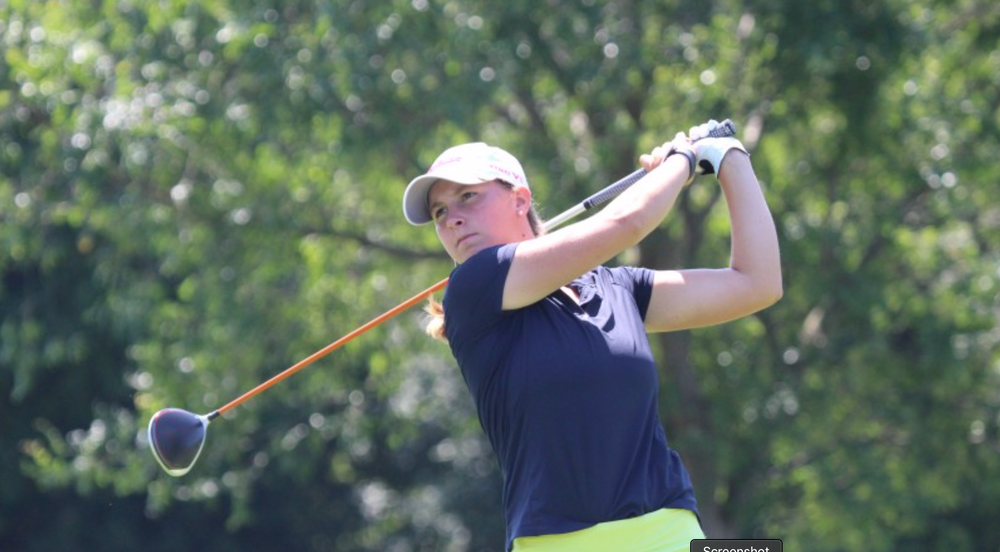 Sambach Advances in Match Play at US Amateur
Women's Golf

Sambach Advances in Match Play at US Amateur

Cleary and Sambach Advance to Match Play at US Amateur