CHARLOTTESVILLE, Va. – Juniors Nic Kent (Charlottesville, Va.) and Zach Messinger (Chandler, Ind.) were selected on the final day of the 2021 Major League Baseball Draft. Kent was the taken in the 11th round (320th overall) by the Colorado Rockies while Messinger went to the New York Yankees in the 13th round (393rd overall).

After four Cavaliers were selected on Monday (July 12), the Cavaliers upped their total to six this year’s draft, the highest total since 2018. 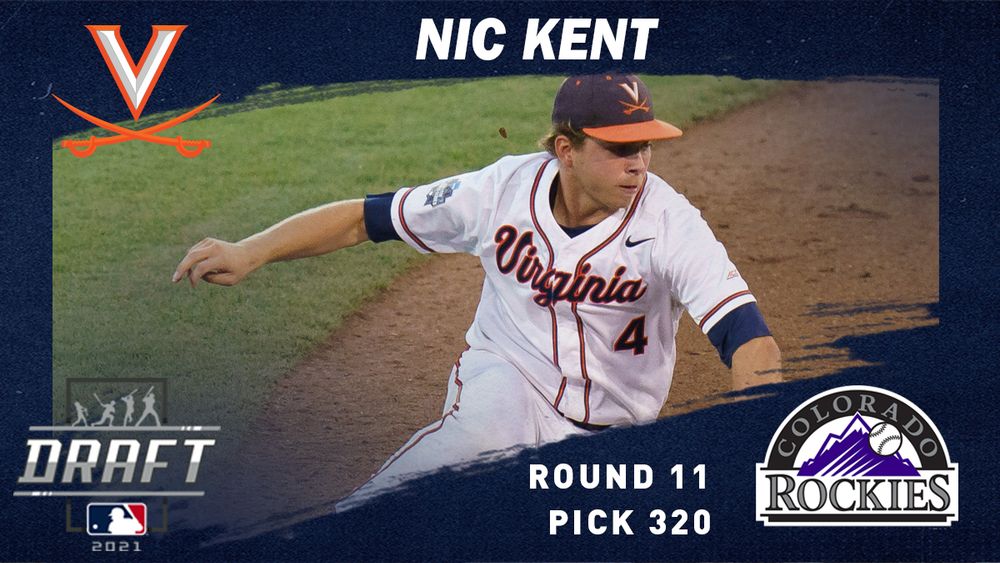 A three-year starter in the middle infield, Kent played in 130-straight games to close out his UVA career. He started all 63 at shortstop in 2021 and led the team with 45 RBI. He belted a career-best eight home runs including a solo blast in a comeback win over Dallas Baptist in game three of the Super Regional. The junior also hit a pair of grand slams in 2021, the first in a 9-3 win over Georgia Tech on April 2. The victory sparked a 14-6 run over the team’s final 20 ACC games. Kent was a First Team All-ACC selection in 2019 and garnered Freshman All-America honors from Collegiate Baseball Newspaper and D1Baseball. 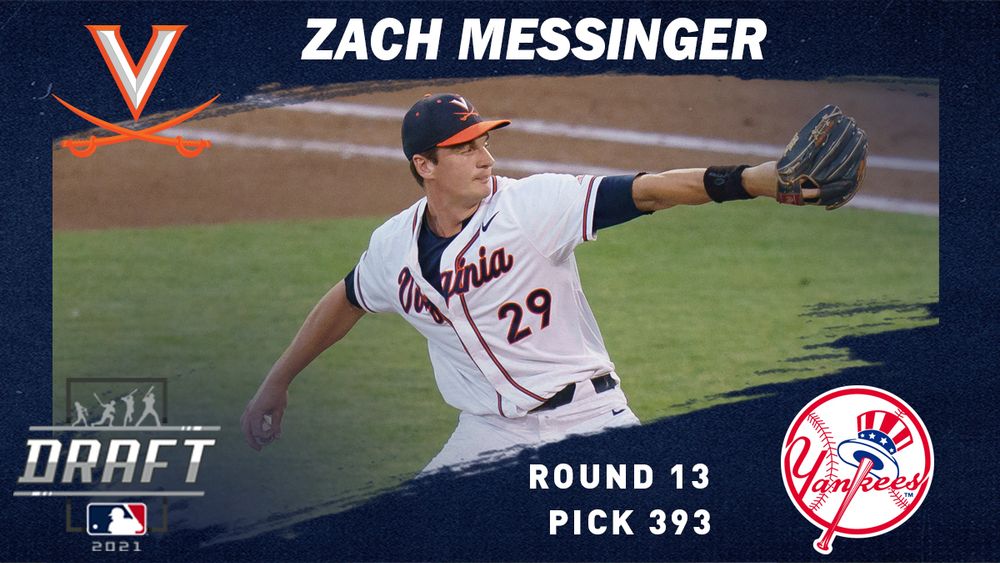 Messinger logged 57 innings in 2021 making 28 appearances and four starts. The righthander fanned a career-high 64 batters and pitched to a 4.89 ERA. He logged innings in two of the Cavaliers ACC-best six shutouts. In relief against VCU on April 10, Messinger struck out 10 batters in 4.1 innings, the first Cavalier reliever in school history to strike out 10 batters in a game.