“Logan is back! To have a starting defenseman from a title team return to Charlottesville to share his experience and wisdom with our men is a stroke of good fortune for UVA Lacrosse. Logan is an enthusiastic and detail-orientated coach. To say he is unafraid of long hours is to understate his eagerness for the coaching profession: he loves the grind. Logan will coordinate the defense with me, teaching techniques to our short stick and six-foot defensemen as well as tactical schemes.”

During his time with the Spiders, Greco assisted with one of the most elite defenses in the nation. In 2021, Richmond led the country in caused turnovers, forcing 10.62 takeaways per game. Greco and the Spiders also led the Southern Conference in clear percentage (.902) and scoring defense (9.62/game), good for third and eighth in the nation, respectively.

A native of Hauppauge, New York, Greco is a four-time UVA letterwinner. He was voted a USILA All-American Honorable Mention in 2019 after starting in all 20 of UVA’s games. That season, he collected 38 ground balls, including seven in the NCAA Tournament, and totaled 21 caused turnovers. One of Greco’s signature performances was during the 2019 ACC Tournament championship game, a 10-4 triumph over Notre Dame, when he tallied five ground balls and four caused turnovers to lead the Cavaliers to the program’s 18th ACC title.

Greco earned his undergraduate degree in 2019 as a double major in foreign affairs and history from UVA’s School of Arts & Sciences.

Greco and his fiancé, Gabrielle, reside in Charlottesville. The couple are to be wed in December of 2022 and have a dog named Harley. 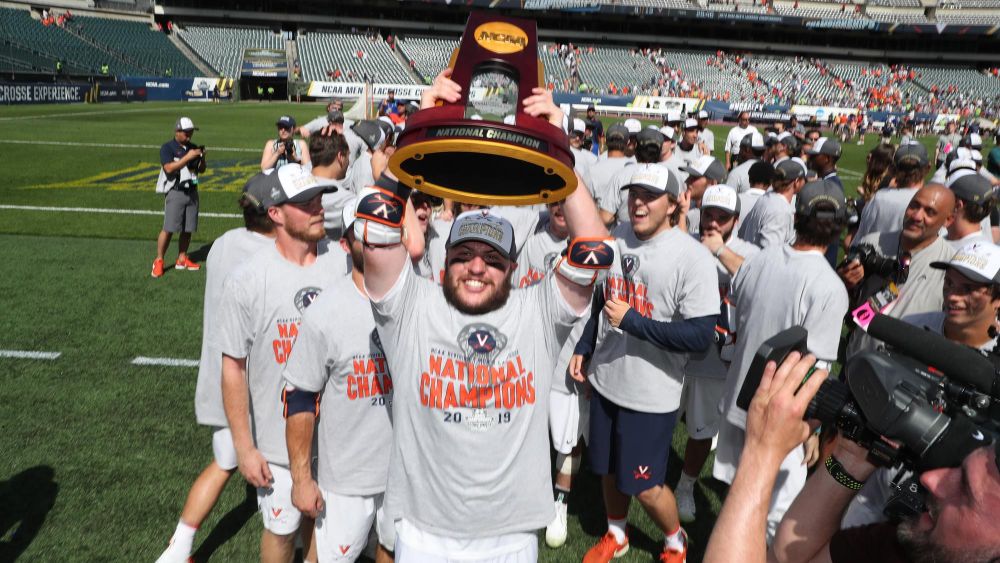