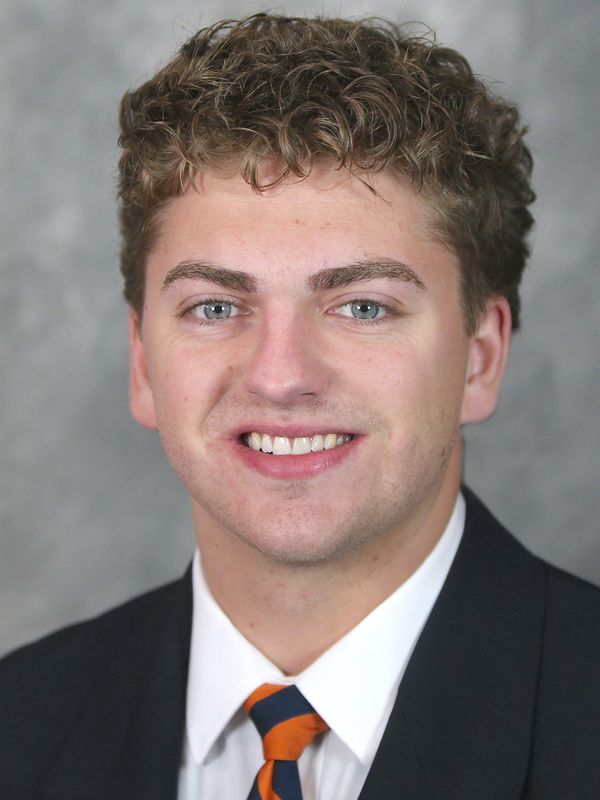 AT VIRGINIA
2022: Earned a spot as a walk-on in the fall … BASEBALL: Spent the first two years at UVA (spring 2021 & 2022) as a member of the baseball team … appeared in a total of 11 career games … suffered an injury to his hand his sophomore season (spring 2022) … two-time member of the ACC Academic Honor Roll … was the last player in UVA history to wear No. 11 after it was taken out of circulation to honor Ryan Zimmerman, one of two retired numbers in UVA baseball history.

HIGH SCHOOL & PERSONAL
A three-sport athlete at Courtland High School, playing football, winter track and baseball … earned All-District honors as a defensive back and was a captain on the football team … Earned All-Region honors in baseball as a junior after batting .338 with one home run, 13 RBIs and went 14 for 14 on stolen base attempts … A two-time All-State sprinter and set the school record for triples in baseball … born in Spotsylvania, Va. … Son of John Burrow & Vicki Burrow  … Youngest of four children, siblings – Taylor, Jasce & Peyton … His father John was a defensive back for the Ole Miss football program and his mother played softball for the Rebels … Comes from an athletic family, his grandfather James played basketball at Mississippi State and his uncle Jimmy played football at Nebraska and professionally for the Green Bay Packers … His cousin Joe played football at LSU and is the quarterback the Cincinnati Bengals. His cousins Dan and Jamie both played football at Nebraska … Has yet to declare a major at UVA