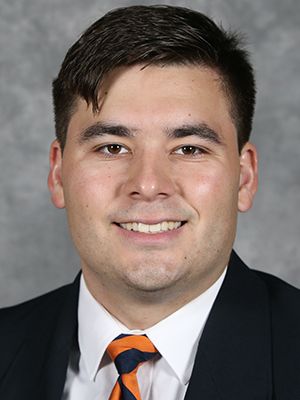 PRIOR TO VIRGINIA: A three-year member of the Boston College football program … Appeared in 24 games as a long snapper between the 2019 and 2020 seasons … did not appear in any games as a junior (2021) … accumulated three career tackles, two came against Virginia in 2020 … as a true freshman in 2019, was the team’s starting snapper on field goals, point after attempts and punts … served as the primary punt team long snapper his sophomore season (2020).

PERSONAL:  Son of Donald and RobynMarie Livingston … graduated in three years with a finance degree from Boston College … was the football team’s SAAC representative at BC … currently pursuing a master’s degree at UVA’s Batten School of Leadership & Public Policy.