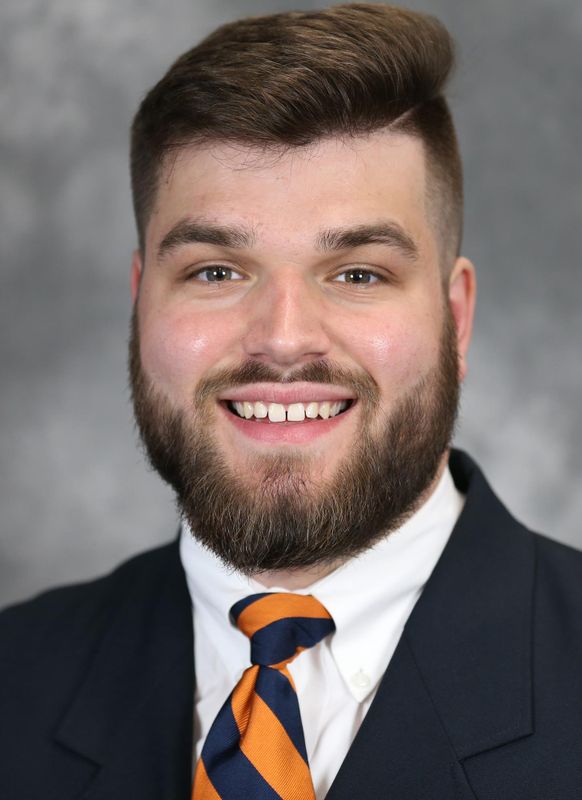 PREVIOUS SCHOOL
A graduate transfer from Penn State where he appeared in eight career games over the 2017 and 2018 seasons.

HIGH SCHOOL AND PERSONAL
Was a two-year letterman for head coach Mark Crabtree at Dublin Coffman High School … served as team captain as senior … helped lead the Shamrocks to the Ohio Capital Conference title in 2014 … earned All-Ohio Division I first team honors from the Associated Press as a senior in 2015 … collected Ohio-South All-Region and Columbus Dispatch All-City honors in 2015 … started his high school career as a defensive lineman … consensus three-star tackle  … ranked No. 34 prospect in Ohio and No. 73 offensive tackle by 247Sports … ranked as the No. 43 offensive tackle in the country and No. 17 recruit in Ohio by ESPN … rated as the No. 46 player in Ohio by Rivals … ranked by Scout as the No. 58 offensive tackle prospect, No. 16 offensive tackle in the Midwest and No. 3 offensive tackle in Ohio … also played power forward for the Dublin Coffman basketball team as a sophomore and junior … son of Stephanie and Steve Gellerstedt … has one brother, Jack … hobbies include fishing and playing basketball … working on a master’s degree in public policy.