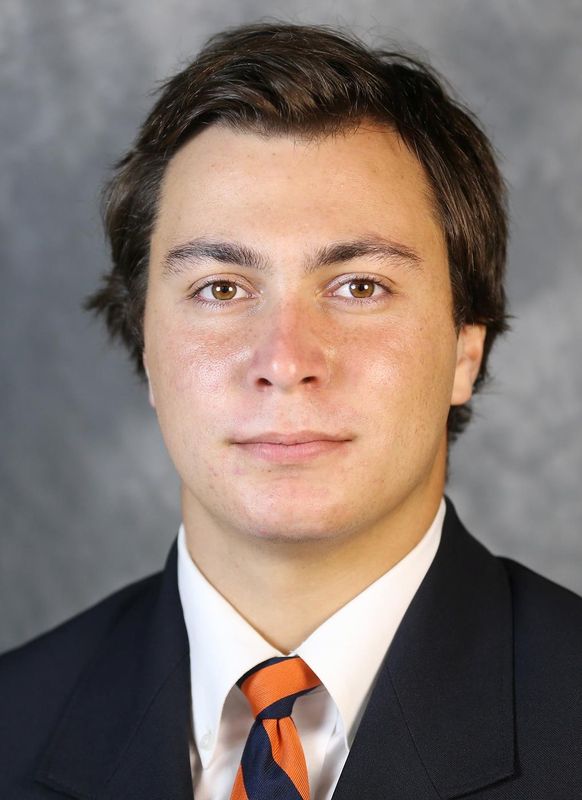 HIGH SCHOOL AND PERSONAL
Was a punter and placekicker at Westfield High School for head coach Kyle Simmons … first-team MaxPreps All-American as a punter … Under Armour All-American and played in the 2017 Under Armour All-America game at Camping World Stadium … rated the No. 5 kicker in America by 247Sports.com and helped the Bulldogs to a 13-2 record and a 6A state title in 2016 … was the VHSL first-team all-state punter and kicker in 2016 … made 11 field goals in 2015 and averaged 45 yards per punt as a junior … won the 6A state title, a game played at Scott Stadium … earned VHSL first-team all-state punter and kicker in 2015 … 59 of his 81 kickoffs in 2015 went for touchbacks … rated a three-star recruit by ESPN.com, 247Sports.com and Scout.com … rated a two-star recruit by Rivals.com … rated a five-star kicker and a five-star punter by Kohl’s Kicking … rated the No. 1 punter in the country per Kohl’s Kicking … rated the No. 2 kicker by ESPN.com … major is foreign affairs.