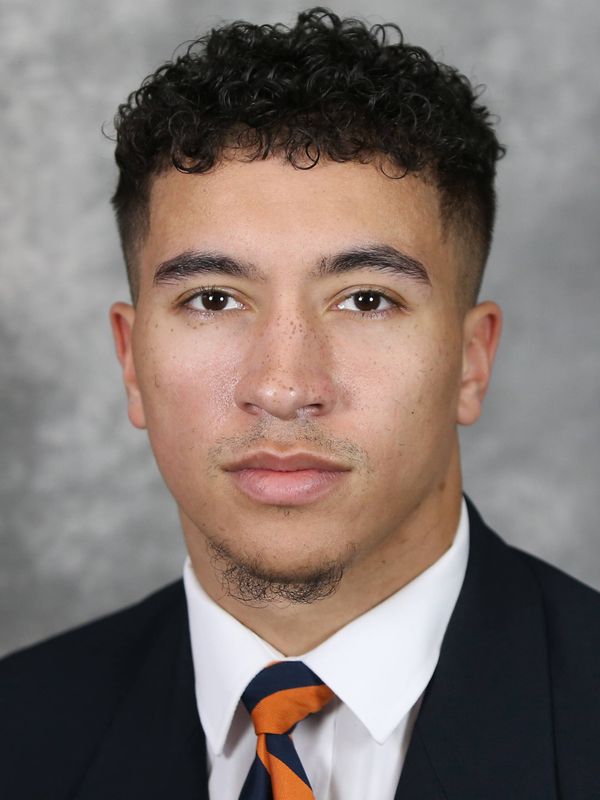 PRIOR TO VIRGINIA (NORTH CAROLINA)
2022 (Senior): Appeared in all 12 regular-season games and totaled 49 tackles to help North Carolina to a 9-5 record and Coastal Division title … had 30 solo stops … lone interception came vs. Wake Forest … had season-high six tackles vs. Appalachian State, Duke, Notre Dame, Virginia and Georgia Tech … also returned five punts (all in first four games of the season) for 64 yards (12.8 avg.) including a long of 26 versus Florida A&M in his first return of the season … finished his North Carolina career with 180 tackles and five interceptions … credited with 12 pass defenses as a Tar Heel. 2021 (Junior): Appeared in all 13 games and made nine starts at defensive back … All-ACC Third Team selection … ranked third on the team with 69 tackles … tied for the ACC lead with four interceptions … Tied for the team lead with five stops and had a half TFL against Georgia State … started against Duke and led the team with seven tackles and notched his first collegiate interception … notched a season-high nine tackles against Florida State … had three stops, one interception and a breakup against Miami … equaled a career high with 12 tackles at Notre Dame  … had two interceptions, a breakup and three tackles against Wake Forest … had 12 stops against South Carolina at the Duke’s Mayo Bowl. 2020 (Sophomore): Appeared in all 12 games and made four starts at defensive back … an All-ACC Academic Team selection … ranked third on the team with 55 tackles, and had three breakups, one tackle for loss and one forced fumble … had nine tackles and a TFL against Virginia Tech … Came up with six stops at FSU … made a career-high 12 tackles at Virginia … Came up with 11 tackles and a breakup at Duke. 2019 (Freshman): Played in the first five games of the season at defensive back before suffering a season-ending knee injury … started at safety against Clemson … compiled seven tackles during the season … had single-tackle games against both Wake Forest and Appalachian State … had five tackles against Clemson. Auburn (Freshman): Attended Auburn for the spring ‘19 semester before transferring to North Carolina.

HIGH SCHOOL AND PERSONAL
Four-star prospect from Oscan Smith High School who was ranked as the No. 218 player and the No. 10 athlete in the nation by the 247Sports Composite … ranked as the No. 5 prospect in the state of Virginia … also ranked the No. 23 safety in the nation and the No. 8 player in Virginia by Rivals … appeared in the World All-Star Bowl following his senior season … led Oscar Smith to an 11-2 record and the third round of the playoffs as a senior … a first-team All-USA Virginia selection and first-team Class 6 all-state at defensive back … a first-team All-Tidewater selection … also named first-team All-Class 6 Region, first-team All-Southeastern District at defensive back, and second-team All-Southeastern District at quarterback … accounted for 1,966 total yards and 38 TDs … led Oscar Smith to a 12-3 record and a berth in the state championship game as a junior  … a first-team All-USA Virginia selection and first-team Class 6 all-state at defensive back as a junior … was named the Abe Goldblatt All-Tidewater Player of the Year … tallied 1,661 yards and 13 TDs at quarterback, running back and wide receiver … also played defensive back and returned kicks and punts … rushed for more than 400 yards, tallied three INTs and accounted for five TDs in the postseason … posted 35 tackles, eight INTs and 13 PBU as a sophomore … also played baseball … was an honor student … coached by Scott Johnson … son of Tonya and Kedro Livingstone.