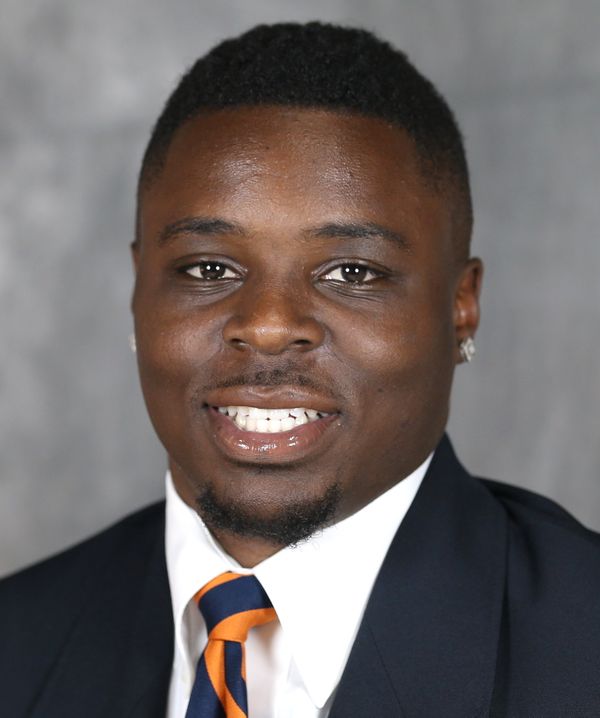 HIGH SCHOOL AND PERSONAL
Played wide receiver and cornerback at William Fleming High School for head coach Bobby Martin … spent 2016 as a prep year playing for John Shuman at Fork Union Military Academy … helped Fork Union to an 8-2 postgraduate season in 2016 … made three interceptions at Fork Union and returned one for an interception … appeared in only three games as senior at William Fleming in 2015 after suffering a season-ending injury three games into the season … caught eight passes for 118 yards and a touchdown, while also returning an interception for a touchdown in 2015 … son of James and LaRhonda Bratton … has one brother, Marcus and one sister, Jerika … brother, Macrus, was a four-year letterwinner in football at Virginia-Wise and now plays professionally in Austria … former high school teammate with current Cavalier wide receiver Warren Craft … rated a three-star recruit by ESPN.com … rated a two-star recruit by 247Sports.com … major is inter-American studies and minor is in women, gender & sexuality.