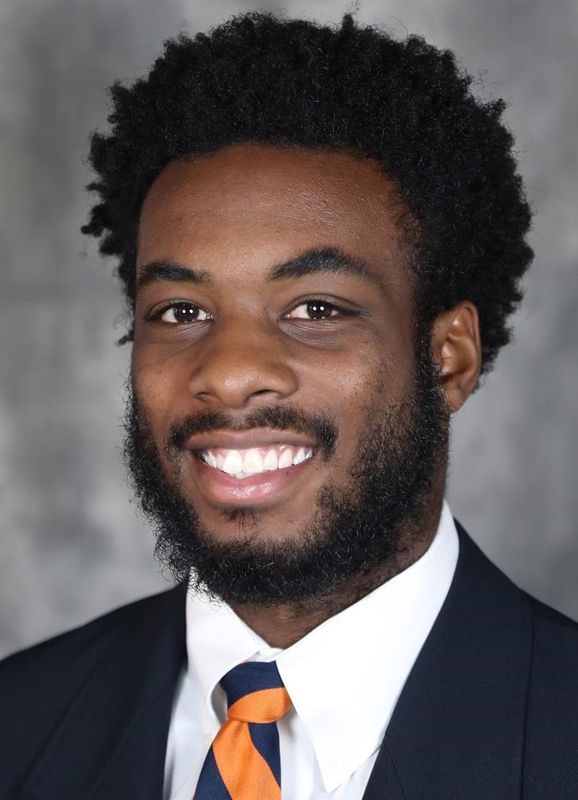 AT VIRGINIA
2019 – Appeared in 12 of UVA’s 14 games with two starts … made his UVA debut in the win over Florida State after missing the first two games of the season with an injury … recorded his first UVA start at No. 10 Notre Dame … made first catch with Virginia at Miami for 15 yards … made one catch against Clemson in the ACC Championship game.

PREVIOUS SCHOOL
A graduate transfer from Richmond where he spent four seasons as a wide receiver … received a medical hardship in 2018 after a season-ending injury three games into the year … a first-team All-CAA wide receiver in 2017 after leading Richmond with 63 receptions, while adding 896 receiving yards and seven touchdowns … played in 33 career games for the Spiders and recorded 86 receptions for 1,282 yards and nine touchdowns … also returned 41 kicks for 941 yards and one touchdown … amassed 2,388 yards of total offense, averaging 72.4 yards per game for his Spider career.

HIGH SCHOOL AND PERSONAL
Played wide receiver at Lake Forest Academy in Illinois for head coach Robin Bowkett … conference player of the year as a senior … all-conference as a junior … team captain and MVP as a senior … recorded 43 receptions for 862 yards and eight touchdowns as a senior … during junior season made 35 catches for 569 yards and seven touchdowns … son of Bernard Brissett and McKeitha McFarland … high school honor roll.