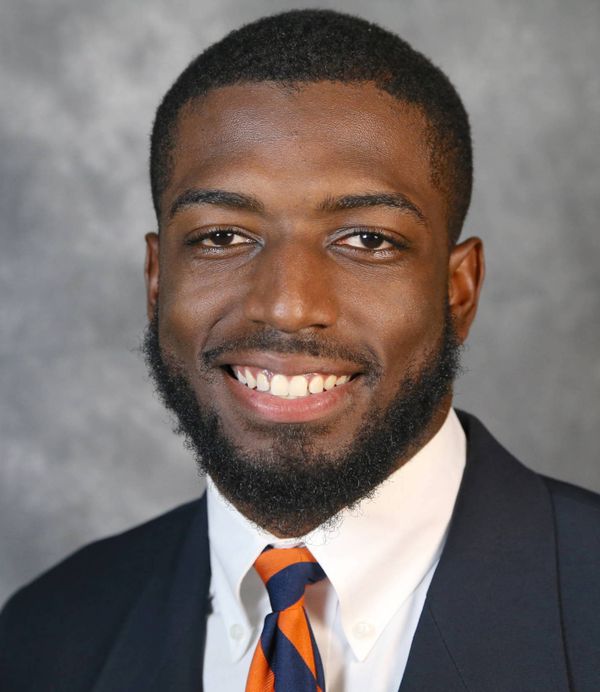 AT VIRGINIA
2021 – Appeared in all 12 games and started five times … productive player who finished sixth on the team with 42 tackles … had five tackles and three quarterback sacks … recorded season-high seven tackles at Pitt … has two sacks vs. Virginia Tech in final collegiate game. 2020 – Appeared in all 10 of UVA’s games with one start … made first career start against Boston College … recorded four quarterback hurries against the Eagles … made two stops at Virginia Tech … named to 2021 ACC Academic Honor Roll.  2019 – Appeared in seven of UVA’s 14 games … made two stops and 0.5 tackles for loss against William & Mary … made six tackles against Duke.  2018 – Appeared in all 13 of UVA’s games … in the season opener against Richmond he recorded one tackle and one QB hurry … made one tackle against No. 16 Miami … made one tackle and intercepted his first career pass against Liberty. 2017 – Appeared in 10 of UVA’s 13 games … one of 17 UVA true freshmen to play … made collegiate debut on defense against UConn … shared a half sack with Charles Snowden at Boise State … it was his first career sack tackle … shared a tackle for loss at North Carolina with Charles Snowden … partially blocked a punt at Pitt, which ended up only going 30 yards … recovered Charles Snowden’s blocked punt at No. 2 Miami, which set up a UVA touchdown.

HIGH SCHOOL AND PERSONAL
Played wide receiver at Flowers High School for head coach Cato June … played wide receiver and linebacker at the Taft School during a postgraduate year in 2016 for head coach Tyler Whitley … caught 53 passes for 504 yards and five touchdowns for Taft in 2016 … collected two sacks on defense at Taft … caught 12 passes for 87 yards and touchdown at Flowers in 2015 … played basketball, football and ran track at Flowers and Taft … made all-county in all three sports … named All-Erickson and All-Founders league at Taft … a three-star recruit by ESPN.com … a two-star recruit by Scout.com and 247Sports.com … major is foreign affairs.