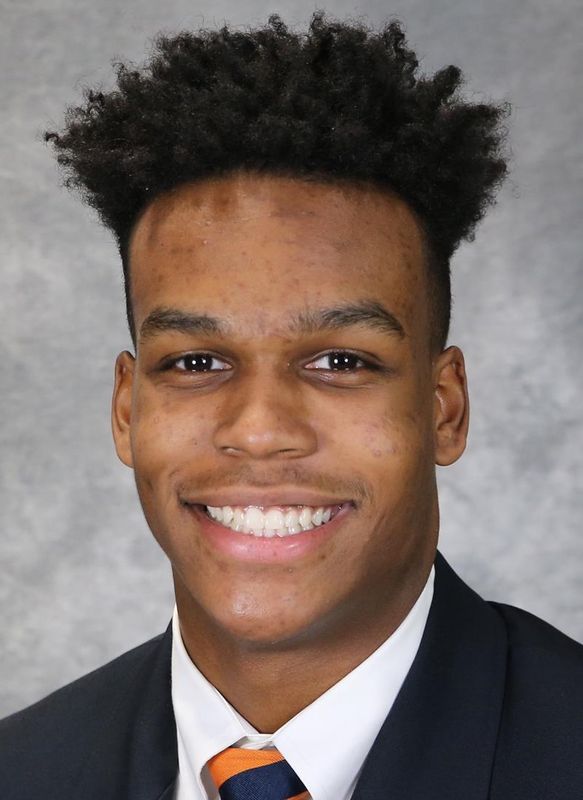 AT VIRGINIA
2020 – Appeared in four of UVA’s first five games before suffering a season-ending injury at Miami … one of 12 UVA true freshmen to appear in a game … made collegiate debut against Duke where he caught one pass for five yards … rushed six times for 46 yards and his first career touchdown at Wake Forest … also completed his first career pass against the Demon Deacons for nine yards … rushed four times for 22 yards at No. 11 Miami.

HIGH SCHOOL AND PERSONAL
January enrollee … played quarterback and safety for Adams High School for head coach Antwon Jones … back-to-back first-team All-NIC honoree … senior year he threw for 1,078 yards and seven touchdowns, while rushing for 610 yards and nine scores … as a junior earned first-team All-NIC honors after throwing for 2,202 yards and 12 touchdowns, while also rushing for 1,104 yards and 17 more scores … a three-star recruit by ESPN.com and 247sports.com … a two-star recruit by Rivals.com … major is undeclared and is currently studying in UVA’s College of Arts and Sciences.