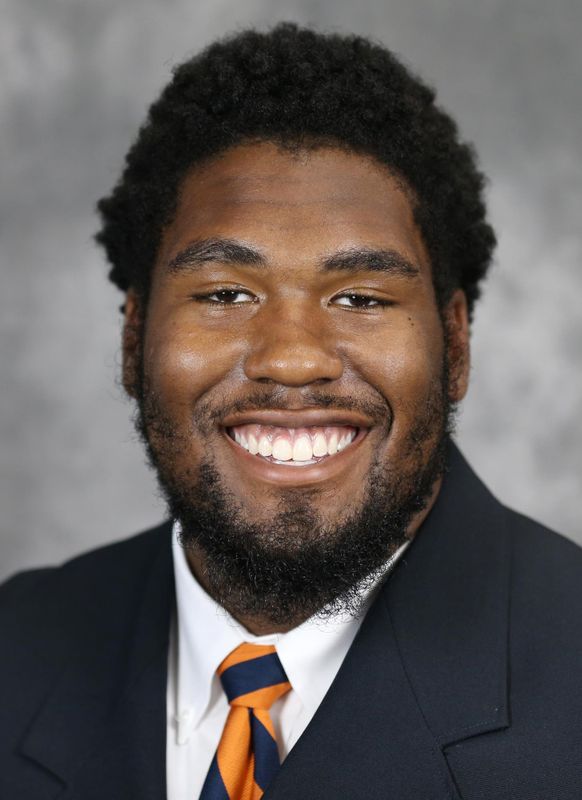 AT VIRGINIA
2020 – Started seven of UVA’s games … made two stops and notched 1.0 sack in season-opening win over Duke … made two stops and 1.0 tackle for loss at No. 1 Clemson … made one stop against NC State … made four tackles and 2.0 sacks at Wake Forest … made four tackles at No. 11 Miami notched three tackles in win over No. 15 North Carolina. 2019 – Appeared in 13 of UVA’s 14 games with seven starts … made collegiate debut at Pitt in the season opener … became only the fifth UVA freshman defensive lineman (true or redshirt) since 1986 to start a season opener … part of UVA’s run-stop game, helping limit Pitt to only 78 rushing yards on 30 carries (2.6 ypr) … made six tackles and 1.5 tackles for loss against William & Mary … made two tackles in UVA’s win over Florida State … made a stop at No. 10 Notre Dame … made two tackles and shared a tackle for loss at Miami … made four tackles at Louisville … notched first career sack on the game’s first play at North Carolina … finished the game against the Tar Heels with four tackles.