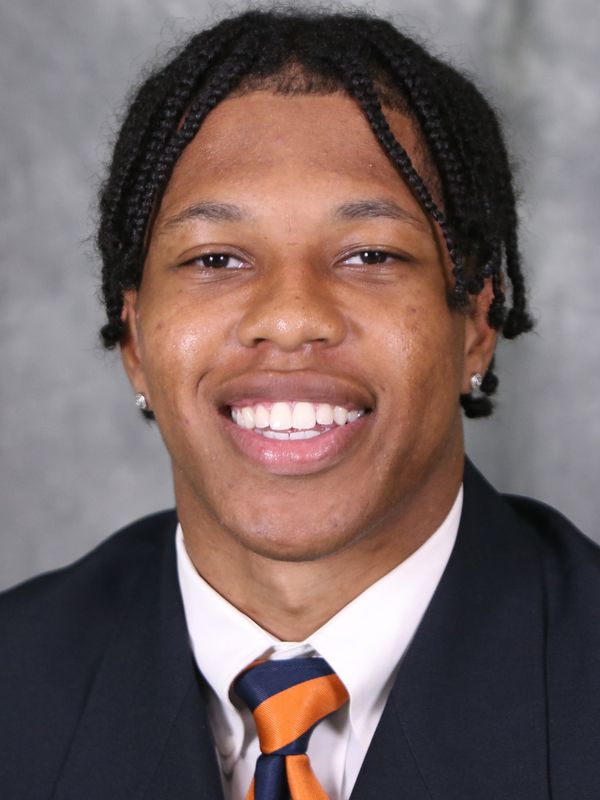 AT VIRGINIA
2021 – Appeared in all 12 games, starting three times … finished the season with 34 catches for 603 yards … one of five UVA receivers with at least 500 receiving yards, the only FBS school to produce a receiving corps with those numbers … averaged 17.7 yards per catch, second best average on the team … had three TD catches
… was an honorable mention selection for Earl Campbell Tyler Rose Award National Player of the Week Award  on Oct. 12 after catching nine passes for 179 yards against Louisville. 2020 – Appeared in nine of UVA’s 10 games with two starts … caught his first pass of the season on a 35-yard scoring strike from Brennan Armstrong at No. 11 Miami … snatched one catch for an 18-yard score against No. 15 North Carolina … caught three passes for 95 yards and one touchdown against Boston College … scored on a 47-yard strike from Brennan Armstrong … made one catch at Virginia Tech.

HIGH SCHOOL AND PERSONAL
Played wide receiver and kick returner at Copperas Cove High School for head coach Jack Welch … made 22 receptions for 497 receiving yards and six touchdowns as a senior in 2015 for a run-heavy high school program … also handled the kick return duties for the Bulldogs and was named all-area as a kick returner as a senior … totaled 741 all-purpose yards as a senior … attended the same high school as 2011 Heisman Trophy winner Robert Griffin III … working on a master’s degree in educational psychology.