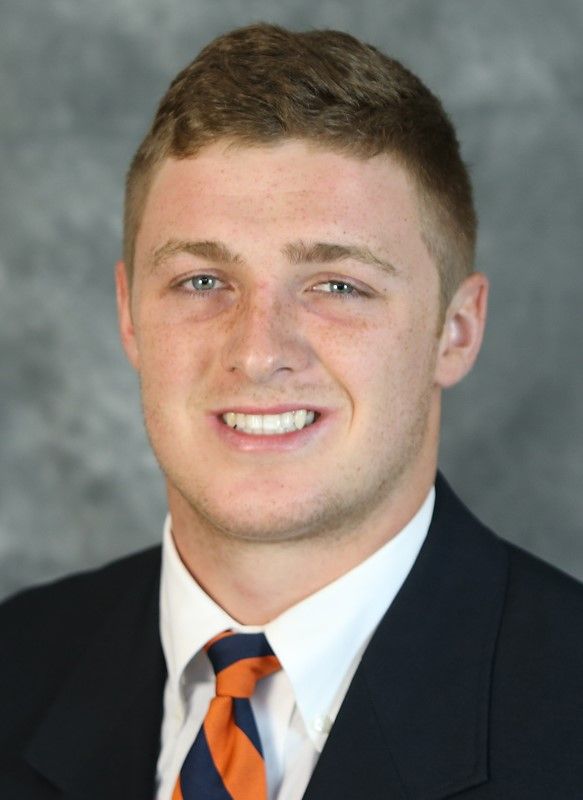 AT VIRGINIA
2020 – Appeared in eight of UVA’s 10 games … made season debut against NC State and finished with one tackle … made three tackles and 1.0 sack against Abilene Christian … made four tackles in UVA’s win over Boston College. 2019 – Appeared in the first four games before suffering a season-ending injury … in the season opener at Pitt he finished with three tackles … made one tackle and 0.5 tackles for loss against William & Mary … made two tackles in the win over Florida State … made seven tackles in the win over Old Dominion. 2018 – Appeared in 12 of UVA’s 13 games with seven starts … made collegiate debut in UVA’s season-opening win over Richmond … made first collegiate start at NC State and recorded seven tackles … made five tackles against No. 16 Miami … made five tackles at Duke … made six tackles and 0.5 tackles for loss against North Carolina … made 11 stops and first career sack against Liberty … notched 11 tackles at Georgia Tech … made three stops at Virginia Tech … notched five tackles against South Carolina in the Belk Bowl. 2017 – Did not appear in any games … suffered a season-ending injury in preseason camp. 2016 – Did not appear in any games.

HIGH SCHOOL AND PERSONAL
Played linebacker, tight end and punter at Collins Hill High School for head coach Kevin Reach … rated a three-star recruit according to ESPN.com, Rivals.com, Scout.com and 247sports.com … a three-year varsity starter … a 2015 first-team all-state honoree after recording 154 tackles, 91 of which were solo stops … the 154 tackles are a school record for a season … recorded 14 tackles for loss … first-team all-state academic team … named the Gwinnett County Touchdown Club linebacker of the year … Gwinnett County first-team all-star … first-team Touchdown Club of Atlanta All-Metro … first-team all-state Georgia Athletics Coaches Association … second-team all-state Georgia Sports Writers … selected to the North-South All-Star game … selected to the Metro All-State Game … punting average was 36.5 yards per punt as a senior … as a junior named first-team all-region at linebacker … first-team all-county as a punter … second-team all-county as a tight end … was a two-year starter on the lacrosse team as a freshman and sophomore … honor graduate and scholar athlete … son of Pete and Margaret Snyder … has an older brother, Chris … uncle Dan Snyder played football for the US Naval Academy (Class of 1986) … enjoys fishing sports and video games … working a master’s degree in educational psychology.