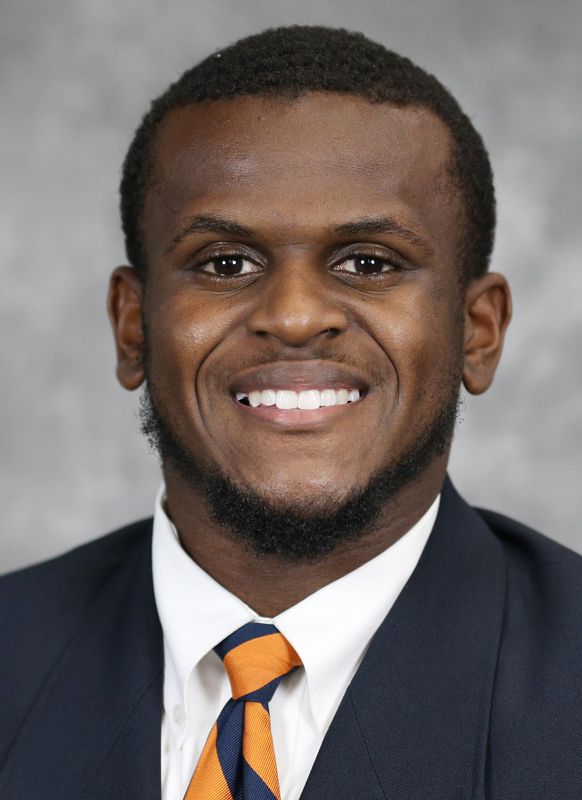 AT VIRGINIA
2019 – Appeared in four of UVA’s 14 games … made collegiate debut against Liberty … returned four kicks for 130 yards against the Flames, who previously had not allowed a return of 30 yards all season (he had three in the game) … made a tackle on special teams in the Commonwealth Cup win over Virginia Tech … returned four kicks for 76 yards in the ACC Championship game against Clemson … one of 17 UVA true freshmen to appear in 2019 … retained redshirt under new NCAA rules.

HIGH SCHOOL AND PERSONAL
Played running back and cornerback at Dunbar High School for head coach Sam Brown … named the District 5A player of the year … rushed 74 times for 678 yards and 10 touchdowns in 2018 … logged three games a senior with 100+ rushing yards … also caught 10 passes for 96 yards in 2018 … also made 34 tackles, 1.0 tackles for loss and recovered one fumble as a senior … graduated with 2,132 career rushing yards and 27 touchdowns … rushed for 843 yards and 13 touchdowns as a junior … also had 17 career receptions for 348 yards and two touchdowns … was 26-of-55 passing for his career for 427 yards and two touchdowns … played in the 2018 Rotary South All-Star Classic … won the Class A 100-meter state title and anchored the 4×100 relay to a gold medal …  took the 2A state title in the long jump in 2018 with a jump of 7.19 meters … was county champion in the long jump and triple jump, and a district champ in the 100 meters … is cousins with fellow signee Major Williams … a three-star recruit by ESPN.com, Rivals.com and 247sports.com … volunteer work includes being a Pop Warner coach and serving as a mentor at Manatee and Tortuga elementary school.