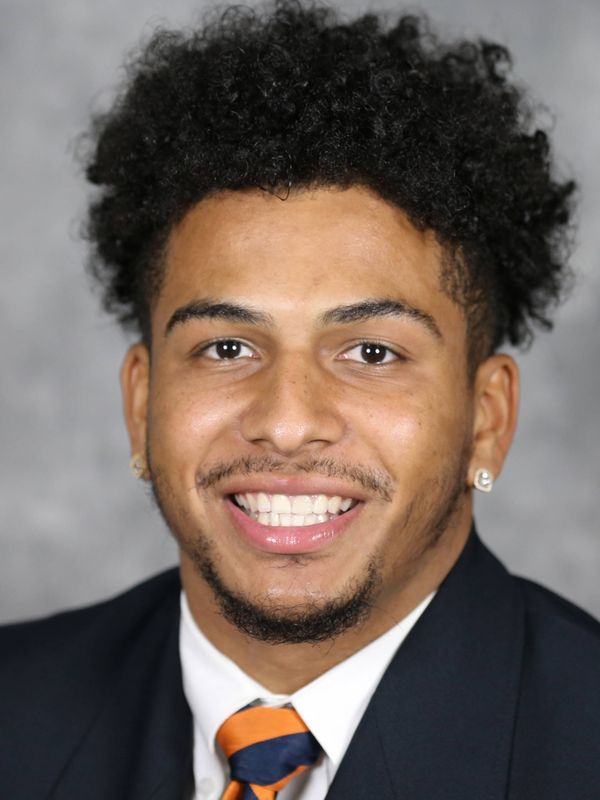 HONORS
Accepted invite to the 2021 College Gridiron Showcase in Ft. Worth, Texas.

PREVIOUS SCHOOL
A 2019 graduate from Towson, earning a degree in sport management … appeared in 35 career games for Towson over the 2015-19 seasons … missed most of the 2015 and 2019 seasons with injuries and was granted a sixth year by the NCAA for 2020 … named a first-team FCS All-American in 2018 by the Associated Press, AFCA and Hero Sports after finishing second in all of FCS with 171.5 all-purpose yards per game … also named a 2018 second-team FCS All-American by STATS … named the 2108 CAA Special Teams Player of the Year and was a three-time all-conference selection in 2018 (first-team at running back, second-team at kick returner and third-team at punt returner) … also earned STATS third-team All-America honors in 2016 as kick returner and was a first-ream HERO Sports Freshman All-American on the 2019 Walter Payton Award Watch List … accumulated 1,925 career rushing yards and 13 touchdowns at Towson … also recorded 5,088 career all-purpose yards, including 2,080 on kick return with two more scores … position coach at Towson was former UVA running back Tyree Foreman (1999-01).

HIGH SCHOOL AND PERSONAL
Played for head coach Steve Shiffert at Easton High School … earned first-team all-state honors after rushing for 2,124 yards and 41 touchdowns as a senior … set school record with seven touchdowns in one game … finished career with 4,780 rushing yards, 1,587 receiving yards and 85 touchdowns … named a Blue/Grey All-American … selected to participate in the Big 33 Classic … also a state finalist in the 100-meter dash … son of Yolanda and Troy Simpson … has one sister, Tenesia … doing grad work in the Curry School (education).