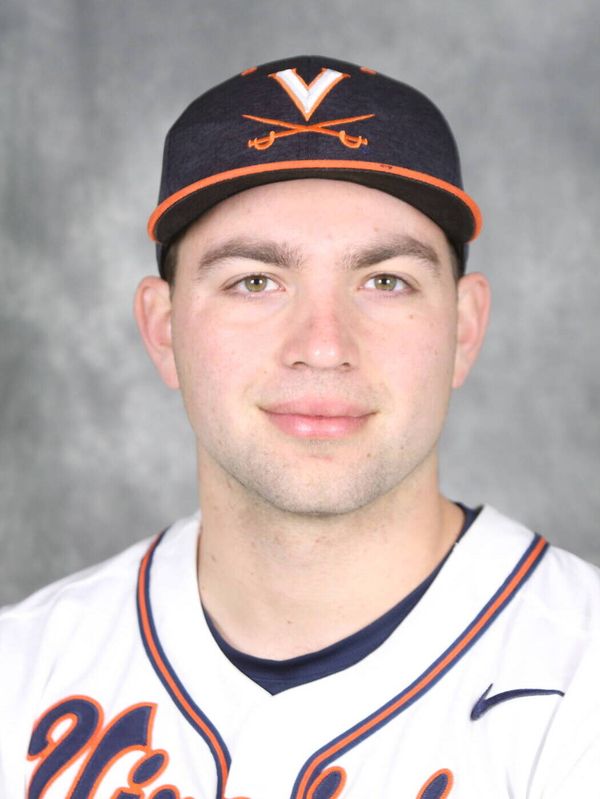 Prior to Virginia
• Played last four seasons at University of Southern California (2018-2021)
• As a senior in 2021, appeared on the mound 14 times, making five starts with 30.1 innings pitched. Went 1-2 with a 4.45 ERA, recorded one save, posted 26 strikeouts and allowed 11 walks.
• In COVID shortened 2020 season, did not allow an earned run in 12 innings pitched. Made four pitching appearances, including three starts and fanned 12 batters while just giving up four hits and two unearned runs.
• Tossed a career high 6.0 innings and struck out a career best, seven batters without allowing a hit against UC Irvine (3/3/20)
• As a sophomore, made 12 appearances on the mound, including five starts; threw a total of 22.0 innings on the season; struck out a total of 18 batters; one of nine pitchers on the team with at least 12 appearances on the mound
• As a freshman, posted an ERA of 4.93 in 34.2 innings across 22 appearances on the mound; had a 3-1 record, making two starts; struck out 30 batters

Personal
• Born in Bloomington, Ind.
• Parents are Susan and Matt Gursky
• Has two sisters, Elena and Natalie
• His uncle, Steve Perry, and grandfather, Will Perry, played baseball at Michigan, and his uncle was a first round pick of the Los Angeles Dodgers