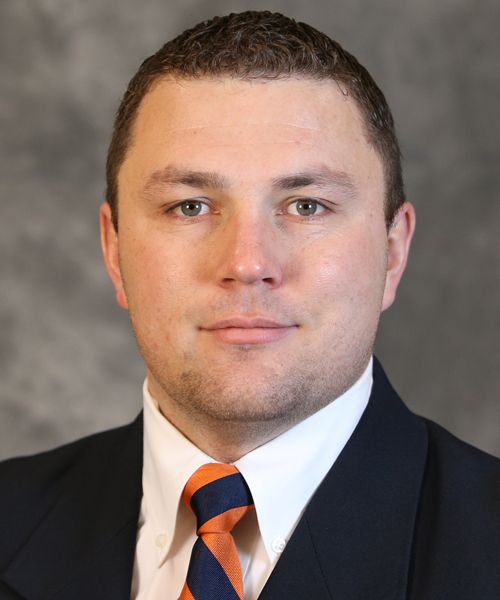 Shane Hunter is in his sixth season at Virginia on Bronco Mendenhall’s staff and is the safeties coach. He previously coached inside linebackers from 2016-20.

In 2017, Hunter oversaw a tremendous senior season for inside linebacker Kiser, who was named the Campbell Trophy winner and led the ACC in tackles for the third year in a row. Only Boston College’s Luke Kuechly (2009-11) had previously accomplished the feat in league history. Kiser was also a three-time first-team All-ACC honoree and received multiple All-America honors over the past two seasons. Kiser’s 145 tackles in 2017 rank No. 2 all-time on UVA’s single-season ledger.

Hunter was a graduate assistant coach on Mendenhall’s staff at BYU the last three seasons, where he worked with the defensive front seven and special teams. The former Cougar linebacker was the defensive line coach at Snow College during the 2011 and 2012 seasons and was also the special teams coordinator in his second season with the Badgers.

Hunter is a 2011 graduate of BYU where he earned his degree in exercise science. As a player, Hunter was a middle linebacker for the Cougars during the 2008, 2009 and 2010 seasons and he started all 13 games as senior. During the 2010 season, Hunter recorded 85 tackles, 3.5 tackles for loss, two interceptions, one forced fumble and one fumble recovery and earned honorable mention All-Mountain West Conference honors.

He was also named to the Academic All-Mountain West Conference team and was a member of the National Football Foundation Hampshire Honor Society. The Idaho Falls, Idaho native spent his freshman season at Snow College.

Hunter is married to Carrie Draper and the couple has three children.