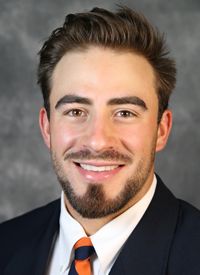 Joe Spaziani joined the Virginia staff as a graduate assistant in January 2020. He works primarily with the offensive line.

Spaziani graduated from UVA in 2018 with a degree in foreign affairs, followed by a master’s degree in higher education from the Curry School in 2019. He resides in Charlottesville.