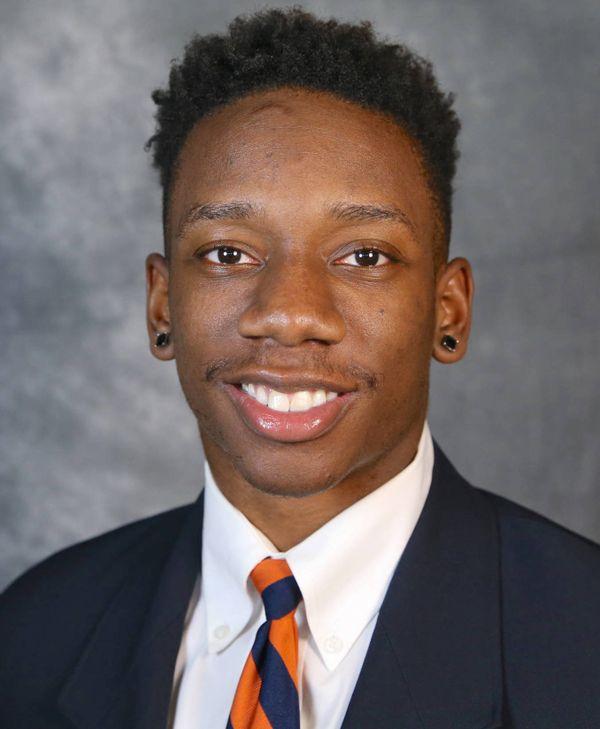 AT VIRGINIA
2020 – Started all 10 of UVA’s games … made two tackles and picked up one interception in season-opening win over Duke … made one stop and broke up a pass at No. 1 Clemson … made two stops against NC State … made five stops at Wake Forest … made three tackles and broke up one pass at No. 11 Miami … made four stops and broke up a pass in the win over No. 15 North Carolina … made three tackles and notched a key forced fumble/fumble recovery late in the fourth quarter against Louisville to clinch the victory … made two tackles and a key interception in the end zone against Boston College … made eight tackles and 1.5 TFLs at Virginia Tech. 2019 – Started all 14 of UVA’s games … made first collegiate start at Pitt in the season opener and made five tackles … recorded first career interception against William & Mary and returned it 85 yards for a touchdown … the interception return is the third-longest interception return in UVA program history … added four tackles, 1.0 tackles for loss and 0.5 sacks in the win against the Tribe … made one stop and broke up two passes in the win over Florida State … made three stops and broke up one pass in the win over Old Dominion … made eight tackles at No. 10 Notre Dame … made two tackles and broke up two passes at Miami … notched four tackles and 0.5 tackles for loss in win over Duke … made one stop and broke up a pass at Louisville … made three tackles in win at North Carolina … notched seven tackles in win over Georgia Tech … made three stops in the Commonwealth Cup victory over Virginia Tech … made six stops in the ACC Championship game against Clemson … made three tackles, picked off one pass and broke up another in the Orange Bowl against Florida … his interception against the Gators set up UVA’s first touchdown of the game, which came on the very next play from scrimmage. 2018– Appeared in 12 of UVA’s 13 games … saw majority of time on special teams … in the Richmond game he made one tackle … made one tackle against Duke, Liberty and South Carolina in the Belk Bowl. 2017 – Appeared in 12 of UVA’s 13 games … made collegiate debut against William & Mary … sees most of time on special teams … made one tackle against Georgia Tech … made one stop at Louisville. 2016 – Did not appear in any games … dressed for the Miami game.

HIGH SCHOOL AND PERSONAL
Played cornerback and wide receiver at Courtland High School for head coach J.C. Hall … rated a three-star recruit according to Rivals.com and 247sports … rated a two-star recruit by Scout.com … earned first-team all-conference honors as a cornerback in 2015 … earned first-team all-conference honors as a kick returner his junior season in 2014 … hauled in eight touchdown receptions in 2014 in a run-heavy offense … picked off seven passes on defense as a junior … working on a master’s degree in educational psychology.

VIDEO: The Walkthrough with Nick Grant