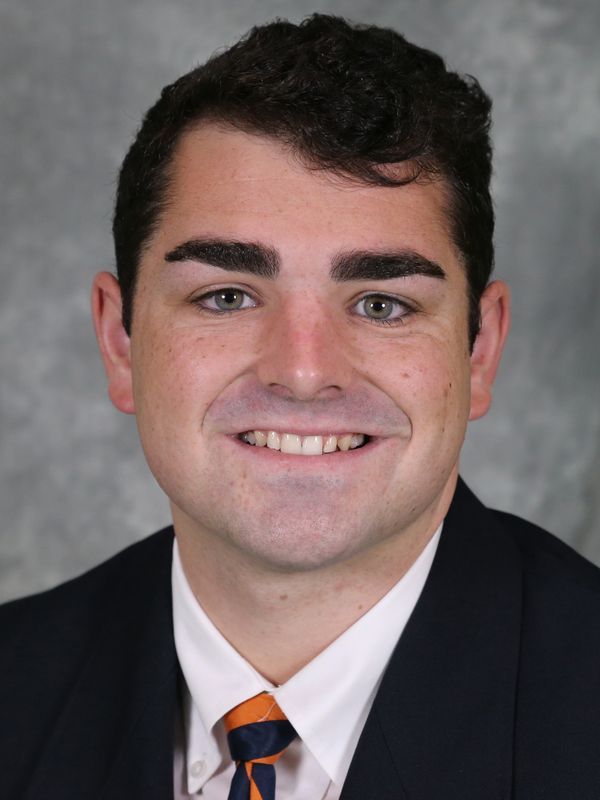 AT VIRGINIA
2020 – Snapped on all UVA punts … No. 12 in the nation and No. 3 in the ACC with two fumbles recovered … made collegiate debut against Duke … recovered a fumble in the season-opening win over the Blue Devils … notched one tackle at No. 1 Clemson on special teams … recovered his second fumble of the year against No. 15 North Carolina on a muffed punt by the Tar Heels … the extra possession resulted in a touchdown for the Cavaliers … named to 2021 ACC Academic Honor Roll. 2019 – Did not appear in any games … suffered a season-ending injury. 2018 – Did not appear in any games.

HIGH SCHOOL AND PERSONAL
Played linebacker, tight end and long snapper at River Hill High School for head coach Brian Van Deusen … earned All-Howard County honorable mention honors as a senior … National Football Foundation (Baltimore Chapter) Scholar Athlete Nominee … also a three-year starter on the baseball team (third base) and a two-time captain … earned MSABC all-state regional team honors as a junior in baseball and was a Maryland Scholar Athlete … member of the National Honor Society … on the River Hill Student Government Association Executive Board as a junior and senior, including being president as a senior … volunteer work includes Champions Against Cancer … Best Buddies (served as peer buddy for a student with special needs) … WHC Youth Baseball volunteer assistant coach … director, Cultural Awareness Day at River Hill School … son of Kerri and Tim Finkelston … has three younger brothers, Casey, Riley and Paxton … father, Tim, played football at Virginia from 1986-89 before playing in the NFL with the Colts in 1990 … mother, Kerri, was a cheerleader at Clemson … enjoys spending time with his family … major is commerce.