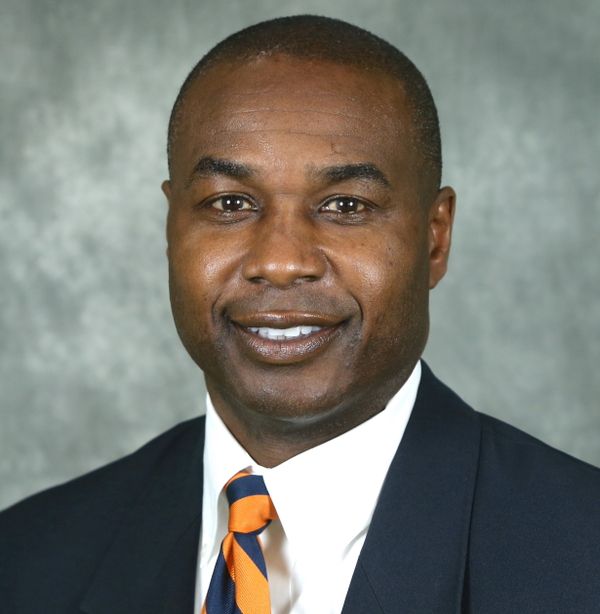 Keith Gaither joined the Virginia staff in January of 2022 as the special teams coordinator and running backs coach. He spent the 2020 and 2021 seasons as the wide receivers coach at Army for head coach Jeff Monken. He previously worked at West Point as the wide receivers coach for the 2015 and 2016 seasons. He spent the 2019 campaign at Western Michigan.

The 2021 Army squad defeated Missouri 24-22 to win the Lockheed Martin Armed Forces Bowl to finish the season 9-4. The 2020 Army squad went 9-3 and made an appearance in the AutoZone Liberty Bowl. Cadet receivers averaged 20.55 yards per reception this season in the team’s run-oriented offense. Army’s 11 touchdown receptions in 2021 was the most since the 2015 season.

Prior to Western Michigan, Gaither was the pass game coordinator and wide receivers coach at East Carolina (2017-18), where he was responsible for the instruction and teaching of all aspects of the wide receiver position in a multiple pro-style offense. In each of his two seasons, the Pirates produced a first-team all-conference wide receiver in Trevon Brown.

During his first stint at Army (2015-16), Gaither directed the Black Knights’ receiving corps. His pass catchers stood fourth nationally in yards-per-reception with a 17.9 average in 2016 during Army’s successful 8-5 campaign, which included a 21-17 win over Navy and a 38-31 overtime victory against North Texas in the Zaxby’s Heart of Dallas Bowl.

In his first year at West Point, Gaither coached Edgar Poe and DeAndre Bell to notable performances. Poe produced a trio of 100-yard receiving games and caught six touchdown passes, which was the most by a Black Knight since 2007, while Bell turned in career highs in receptions and yards as a senior.

While in Muncie, Gaither was responsible for a combined three All-Mid-American Conference first-team selections in 2012 and 2013, along with second-team and third-team All-MAC picks in 2014. One of his top pupils was current Carolina Panthers’ wide receiver Willie Snead, who set BSU single-season receiving records in yardage (1,516), catches (106) and touchdowns (15) in 2013.

Before coming to Ball State, Gaither had a two-year stint at his alma mater, Elon, in 2009 and 2010. He helped Terrell Hudgins establish 19 NCAA, Southern Conference and Phoenix records and to a runner-up finish in the voting for the 2009 Walter Payton Award, which formally recognizes the Football Championship Subdivision (FCS) Player-of-the-Year. Additionally, Gaither mentored All-American pass catcher and Baltimore Ravens draft pick Aaron Mellette while at Elon.

Gaither began his coaching career in 1997 as defensive backs coach at Greensboro (N.C.) College before moving to Tusculum (Tenn.) College for the 1998 and 1999 campaigns. Following a five-year run as an assistant at alma mater Thomasville (N.C.) High School, Gaither returned to the college ranks as Winston-Salem State’s recruiting coordinator and defensive backs coach from 2005 to 2008.

A four-year starter and two-time all-region performer as a member of the Phoenix secondary, Gaither earned his bachelor’s degree in sociology from Elon in 1997.

Gaither and his wife Holly have four children – Jonesha, Akeem, Madison and Hazel.