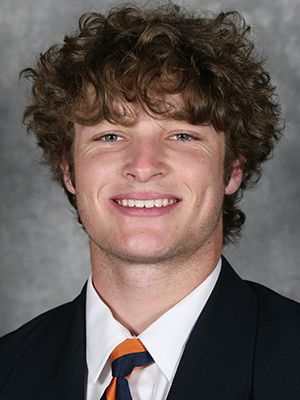 HIGH SCHOOL AND PERSONAL
Dual-threat QB … three-star recruit according to Rivals.com, 247Sports and ESPN … ranked the No. 38 player in the state of Virginia by Rivals.com … listed as top QB prospect in Virginia for the Class of ’22 by 247Sports … led Liberty Christian to its first ever state championship game as a senior and a 13-1 overall record in the fall of 2021 … passed for over 1,500 yards and threw for 18 touchdowns as a senior… Rushed for more than 600 yards and added 12 touchdowns on the ground … was not sacked during his senior season until state championship game … helped LCA reach semifinals of state championships as a junior … at the 2021 VHSL Indoor championships in March of 2021, recorded a 55-meter dash time of 6.41 seconds—the fifteenth fastest time set by any high school athlete during the 2021 indoor season… his mother, Kim, was a two-time All-American track star at Mary Washington, where she is a member of the school’s Hall of Fame … major is undecided in UVA’s College of Arts and Sciences.