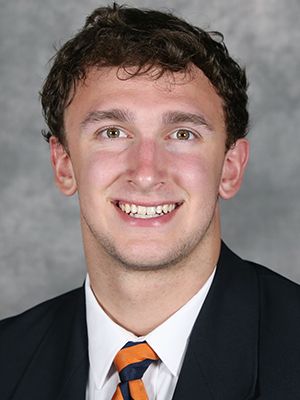 HIGH SCHOOL AND PERSONAL
Played defensive end, outside linebacker, wide receiver and tight end at Archbishop Murphy in Everett, Wash., for head coach Mark Leone … high school did not participate in football this fall … as a junior had 89 tackles, 30 tackles for loss and 21 sacks and forced three fumbles … as a junior caught 26 passes for 391 yards and three touchdowns … led Archbishop Murphy to state quarterfinals and an 8-3 record as a junior … helped his team to three shut-out wins … named to the Associated Press 2A all-state team and first team all-2A Northwest Conference … named the Everett Herald’s Defensive Player of the Year following the 2019 campaign … committed to Virginia in April 2020 without visiting Grounds … a four-star recruit by ESPN.com and Rivals.com … a three-star recruit by 247sports.com … major is undecided in UVA’s College of Arts and Sciences.