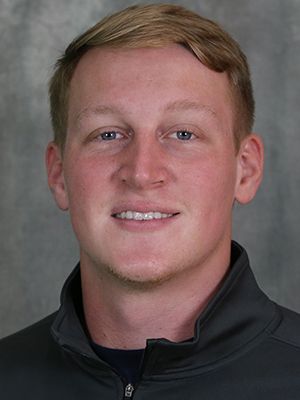 2022 Outdoor
• Placed third in the Javelin at the Duke Invitational in his first appearance following Tommy John surgery in July of 2021
• Set a Virginia, ACC, Lannigan Field, and meet record in the Javelin at the Virginia Challenge with his throw of 80.41m (263’10”)
• Named ACC Field Performer of the Week on April 26
• Won the ACC Javelin title with a personal-best 82.92m (272’0″)
• Became the fourth competitor to three consecutive ACC men’s javelin titles
• Threw 77.06 meters at the NCAA East Preliminary round to advance to the NCAA Championships for the second time in his career
• Won silver at the NCAA Championships with a throw of 79.68 meters (261’5″) to earn first-team All-American status for the second time in his career
• Won gold at the USATF Outdoor Championships in the javelin
• Voted Virginia’s Comeback Player of the Year by his peers

Personal
• Majoring in sociology with a concentration in social entrepreneurship
• Son of David of Stacy Dabbs
• Has two sisters, Emily and Ella

Dabbs Out to Make More History at NCAAs
XC/Track

Dabbs Out to Make More History at NCAAs

Dabbs Leads Cavaliers on Day One of Virginia Grand Prix