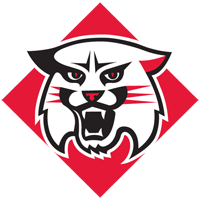 CHARLOTTESVILLE, Va. – The No. 7 Virginia men’s soccer team rallied for a 1-1 draw against Notre Dame Sunday afternoon at KlÃ¶ckner Stadium. Playing a man down, Virginia (4-1-1, 1-0-1 ACC) scored in the 68th minute on an Eric Bird (Sr., Virginia Beach, Va.) goal on its way to earning a point in the ACC standings.

“Given the circumstances of playing down a man for the final 45 minutes, I think we did great,” Virginia head coach George Gelnovatch said. “When we went down a goal, we had to push for a goal and I think we did that. From there we just needed to make sure we were selective in our opportunities and not concede and I also think we did that. We did a great job of defending.”

Virginia held a possession edge for much of the first half and the early stages of the second half, but the match turned in the 65th minute when Notre Dame’s Vince Cicciarelli was tackled deep in the box after a through-ball put him in a one-on-one matchup with UVa defender Wesley Suggs (R-Fr., Bowie, Md.). Suggs was sent off with a red card, and the Fighting Irish (3-1-2, 1-0-1) capitalized as Patrick Hodan beat Virginia goalkeeper Calle Brown (R-Sr., Leesburg, Va.) on the penalty kick.

Down to 10 men on the field, Virginia quickly regrouped and responded to tie the game less than three minutes later. Kyler Sullivan (Sr., Stafford, Va.) slipped a ball into the box to find Bird, who turned and sent a low ball through the wickets of defender Andrew O’Malley and into the far corner for his first score of the season.

“He got himself in a good spot in between their left back and their left center back and Kyler put a good ball in – great little turn and quick snapshot and he caught them. It was a very good play,” Gelnovatch said.

Both teams had scoring opportunities in the waning minutes of the second half, including a shot from UVa’s Nicko Corriveau (So., Potomac, Md.) from a tough angle at 10 yards that went just wide with four-and-a-half minutes remaining.

The Fighting Irish had the better of the possession and scoring chances in the extra periods. In the 94th minute Jeffrey Farina flipped a short shot over Brown that caromed off the crossbar. Farina also headed a corner kick in the final 10 seconds of the first overtime that Brown was forced to save.

Virginia was out-shot, 16-11, by Notre Dame as the Fighting Irish built a 7-0 shots edge in the overtime periods. The Fighting Irish also held a 11-6 advantage in corner kicks. Brown made four saves, while Notre Dame keeper Patrick Wall recorded a pair of saves.

Virginia plays host to Davidson at 7 p.m. Wednesday in a non-conference tilt. The Cavaliers travel to No. 23 Syracuse next Saturday for a 7 p.m. ACC match with the Orange.

Virginia to Square off Against Mississippi State Tuesday
Baseball

Virginia to Square off Against Mississippi State Tuesday