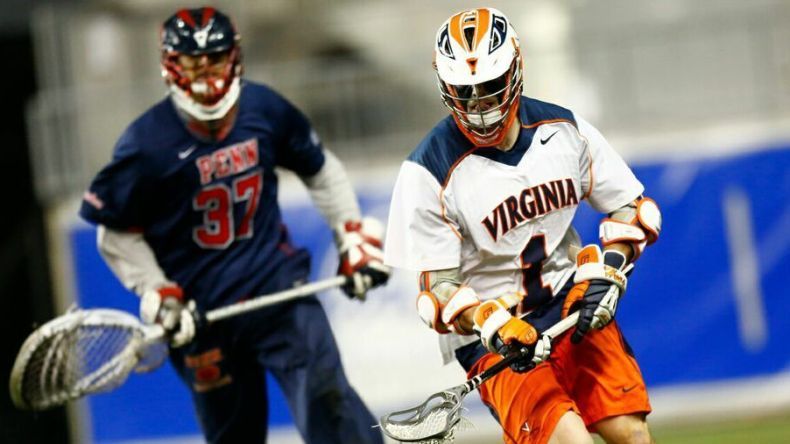 “It was a good way to end the regular season,” said Virginia men’s lacrosse head coach Dom Starsia. “I thought we played very well for the first 55 minutes of the game and we were a little sloppy at the end. I thought we did some really good things overall and I thought the defense played very well. Mike Howard, Davi (Sacco), Tanner Ottenbreit and Matt Barrett all stepped up, along with the short-stick defensive middies. For the most part I thought we were able to control them (Penn) and were able to defend them most of the night. We were not as sharp as I would have liked, but I thought Penn’s goalies played well. It was a good win for us and a fitting end to a very good regular season.”

The score by Coholan started a 9-0 UVa run. Coholan scored three times during the run and added four assists. Ryan Tucker snapped a 0-for-19 shooting drought with his 23rd goal of the season at 2:27 in the first quarter.

“I thought that this was the game that we got the ball up off the ground the best the entire season,” said Starsia. “We have been talking about it all year, especially on the defensive end and as the game went on we did a great job picking the ball up. Penn was getting just one shot (during the scoreless Penn run) and we were up and out and I thought that made all the difference.”

Ryan Lukacovic scored two of his three goals during the spurt, while Owen Van Arsdale added one goal and one assist during the run. Tyler German also scored and his assist to Coholan capped the 9-0 Cavalier run at the 14:03 mark in the fourth quarter.

Penn went on to score five goals in the fourth quarter, but it wasn’t enough as UVa held the Quakers at bay. Lukacovic scored again in the fourth, as did Coholan and Tucker. The goal by Tucker gave the senior his 100th career point. It also moved Tucker past Andy Kraus for No. 8 all-time at UVa for midfield career goals (76).

The win gives UVa its 10th win of the season. UVa has won 10 or more games in 18 of Starsia’s 23 seasons as the head coach of the Cavaliers. UVa only reached 10 wins 10 times in the previous 63 seasons.

The Cavaliers will find out its NCAA Tournament destiny on Sunday, May 3 when the NCAA Men’s Lacrosse Selection Show airs on ESPNU at 9 p.m.