If you didn’t hold season tickets during the 2015 season, request information for 2016 UVA Football Season Tickets.

The Tweets
Here are the tweets that got the buzz started on Friday, Dec. 4. 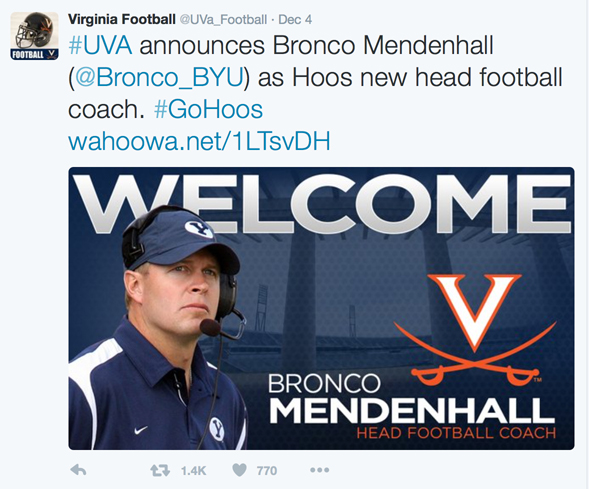 The UVA Press Release on His Hiring

Books and Videos
Want a more in-depth read on his approach to success and team building, then check out this book Running into the Wind: Bronco Mendenhall–5 Strategies for Building a Successful Team to learn more about his path to success.

The title of this DVD featuring Mendenhall says it all: FOOTBALL MISSION – TRADITION, SPIRIT, HONOR

Coach Mendenhall praised the patience and support of his wife Holly during his introductory press conference at UVA. Turns out she’s got her own cookbook: (Cougar Football Cookbook by Holly Mendenhall)

Mendenhall also talked about his father’s influence on his work ethic. Here’s a great YouTube video on their story: “A Dad’s Whistle” – Bronco & Paul Mendenhall

Photos
Here is a Facebook Photo Gallery on Mendenhall’s first day at UVA.

Media Coverage
Check out these articles on Mendenhall and his being named UVA’s head football coach: 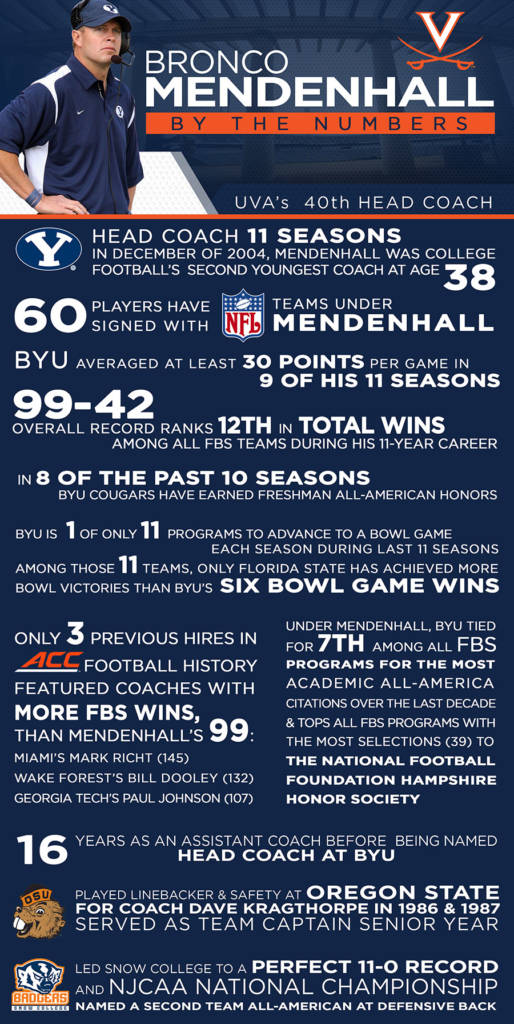