CHARLOTTESVILLE –– At a typical pro day, representatives from NFL teams gather on a college campus to test, time, measure and interview aspiring pros from that school. The NFL representatives also talk to coaches, medical staff and strength & conditioning staff, and the information collected helps teams determine which players are legitimate NFL prospects and which aren’t.

The COVID-19 pandemic has disrupted that process. UVA had to cancel its pro day, which was set for April 8, and countless other schools were forced to called theirs off, too. The NFL still plans to proceed with its draft as scheduled, April 23-25, but this offseason has been challenging for all parties.

Ian-Yates Cunningham, a former UVA offensive lineman, knows this well. He’s the Philadelphia Eagles’ director of college scouting. He oversees the Eagles’ college scouts and evaluates players who have been identified as potential draft picks.

“From a testing standpoint, you feel for the players that were those fringe guys, maybe those [seen as] undrafted free agents or sixth-round, seventh-round picks that didn’t get invited to the [NFL] combine, and this was their chance to kind of put themselves over the bar with a good pro day, with good testing numbers,” Cunningham said Wednesday.

“But you can also look at it from the standpoint that those sixth- or seventh-round picks that weren’t invited to the combine may not have tested well [during pro day], so this actually helps them. Teams will just focus on the [game] tape. I think you kind of get a mixed bag in terms of how people are dealing with this.” 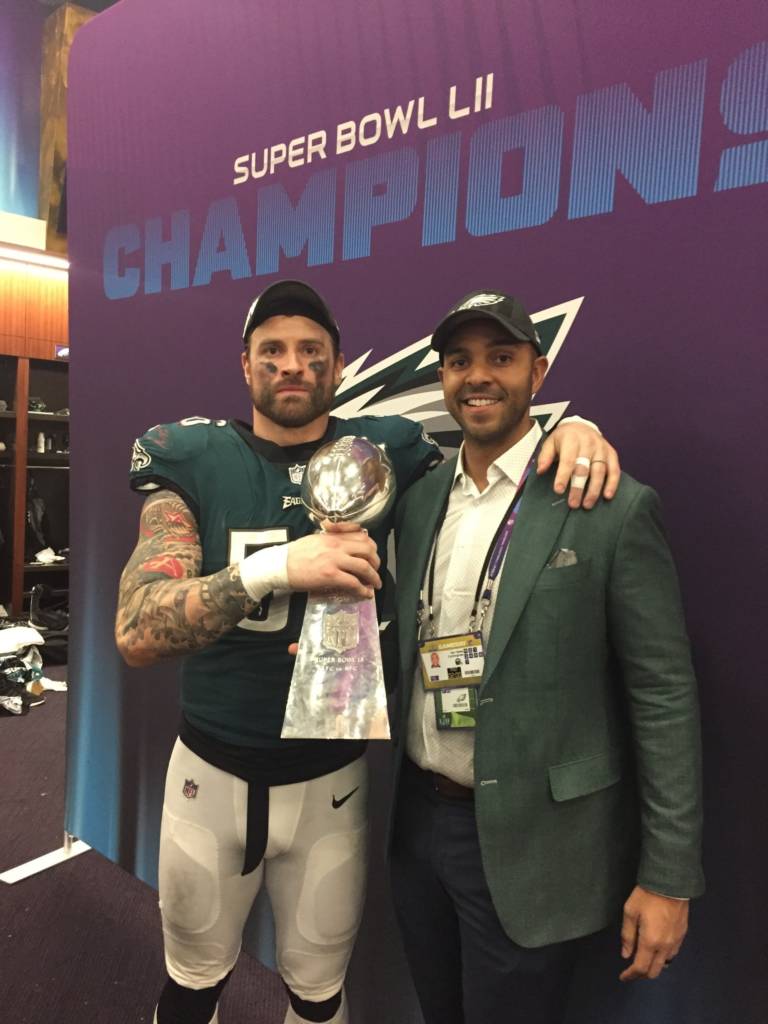 Hall is still recovering from a season-ending injury that required an operation, as is Mack, and they were not expected to be cleared before UVA’s pro day. For the others, an opportunity to impress NFL scouts has been lost, but Virginia head coach Bronco Mendenhall believes the importance of pro days can be overstated.

“How you played [in games] gives you your best chance to go on to play in the NFL,” Mendenhall said. “I’m talking about how you played during the season and your body of work through college. There isn’t anything that happens that’s more important than that in terms of your opportunity.”

Neither the NFL scouting combine or a pro day comes “close to overriding production on the field,” Mendenhall said.

In a phone interview from Dallas, where he’s based, Cunningham spoke in general terms about this unusual offseason. All NFL teams must deal with it, said Cunningham, who has two degrees from UVA, where he played for head coach Al Groh.

“I think it is an even playing field in the sense that for every club, it’s mandated that we can’t bring guys into our facility, we can’t go see guys, there’s no pro days, things like that,” Cunningham said. “On the pro day circuit, we were able to talk to players before the pro day, after the pro day, take ’em out to dinner, interview ’em, get to know ’em. We just can’t have that contact with players anymore.”

NFL teams are now using videoconferences and other technology to communicate with prospects and to get background on players from their college coaches.

“In general, the tape speaks for itself,” Cunningham said. “That’s what the players do. They play football. That’s what we evaluate. That’s what gets them on our radar. The pro days, the testing numbers, those are icing on the cake. Those kind of confirm your thoughts on what a guy’s speed may be or what a guy’s strength may be or acceleration or agility or lateral redirect, that kind of stuff. But when it comes to the nuts and bolts of football, all these guys have enough [videotape].”

Pro days would have helped NFL teams in their evaluations, “but at the end of the day, if you want to look at it this way, we had the season, fortunately enough,” Cunningham said. “We’ve gotten our eyes on these players. We’ve already done the legwork on a lot of these guys. Now it’s more checking the boxes in terms of medical stuff and, obviously, testing numbers.”

Perkins and Hall, who were two of the Cavaliers’ captains last season, held a joint videoconference with media members on Tuesday afternoon.

Hall suffered a major injury in UVA’s sixth game last season, breaking his left fibula and damaging the deltoid ligament in his left ankle. He’s been rehabbing and training in Pensacola, Fla., and says he’s made significant progress in recent weeks.

“That’s been encouraging,” said Hall, who plans to start training in Charlottesville next week. “For a while I had to progress really slowly. Once I started running and cutting, then it just becomes more about getting used to the feeling and getting used to moving again, and then everything else comes with that.”

Three Cavaliers––Reed, Hall and Mack––were invited to the NFL scouting combine, which was held from Feb. 24 to March 1 in Indianapolis. Hall and Mack, who’s recovering from ankle surgery, didn’t participate in the physical testing but met with NFL representatives.

Hall said NFL teams understand he’s still recovering, so “they’ve been really paying attention to my film, going over my film a lot, and I’ve had the opportunity to talk with a bunch of coaches at the combine and also have a couple meetings set up with other NFL coaches.

“I think, at the end of the day, the film speaks the most. And so right now I’m allowing that to kind of speak for itself and focusing on controlling what I can control. Yeah, it would have been nice to be able to show them something, but at the same time I’m still confident in what they know and what they’re looking for in me.”

Perkins, who began his college career at Arizona State, played one season at a junior college transferring to UVA in January 2018. In only two seasons, he established himself as one of the greatest quarterbacks in program history.

That Perkins was not invited to the NFL combine surprised Mendenhall.

“I think the NFL, quite frankly, missed and missed badly in not inviting him, as well as the all-star games,” Mendenhall said. “There are some teams that I know are sincerely very interested in Bryce, and anyone that currently has a mobile quarterback as well as a dynamic athlete at quarterback, every one of those teams are glad that he wasn’t at the combine or invited and having some of the exposure that others are having. They’re hopeful that he’s under the radar––as far under as possible.”

Perkins, who holds UVA’s career record for total offense (7,910 yards), is back in Charlottesville, working out with Reed, among others. After the 2019 season ended, Perkins spent eight weeks training with the instructors at 3DQB in Huntington Beach, Cal.

“What I loved about that was just how many NFL guys actually go there,” Perkins said. “There were about 10 NFL starters that used the same people. After my workout, Jared Goff would go, and before my workout, Dak Prescott and Matt Ryan would work out before me. So I’d get there early and kind of watch them, and it’s been good, just to see those guys and do my workout and kind of see where I stack up.”

Perkins had planned to work out for NFL scouts at Arizona State and UVA, only to see both pro days canceled.

“Any time I can get a chance to get multiple eyes on me at two different settings, one at UVA and one at ASU, it was going to be huge,” Perkins said. “But it’s all right. We’re making do with what we have … Like Bryce said, the film speaks for itself, and that’s the biggest selling point of anybody going into the draft.”

Like Hall, Perkins has used FaceTime to speak to NFL teams, and they’ve quizzed him on his mastery of X’s and O’s.

“It’s definitely helping out,” Perkins said. “With not being able to work out for teams physically, a lot of teams want to know what you know mentally.”

An exceptional athlete­––see the video above––Perkins said he believes that “every step, from ASU to JUCO, and from JUCO to Virginia, I’ve gotten better as a person. I’ve gotten better as a player, gotten smarter … From last year to this year, especially, I think I’ve grown the most as a player. I’m starting to become that player that NFL teams want their quarterbacks to be. Especially now with all the mobile quarterbacks coming in and having success.”

For NFL scouts, Cunningham said, the biggest challenge might be getting medical information on players, especially those coming off injuries. But the COVID-19 outbreak has touched his staff in other ways, too.

“From the start of training camp to the draft, we will [typically] meet at least four to six times a year as a staff, in person, where everybody’s in there together,” Cunningham said.

For now, that’s not an option. But “with the beauty of technology, with FaceTime, with video conferencing, we’re able have meetings remotely,” Cunningham said, “and the only thing that’s different is, guys aren’t dressing up in business attire. They’re in their sweats.”