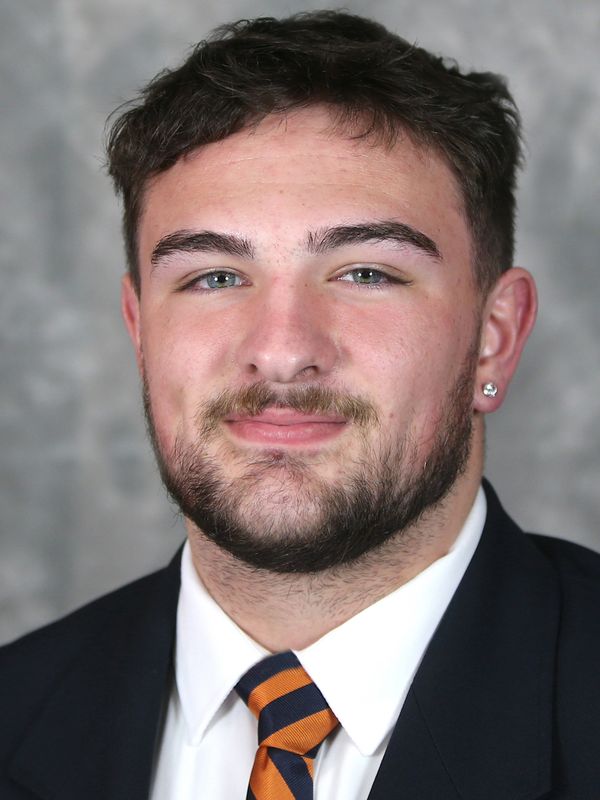 HONORS
2022 – Recipient of the Power Hour Award at the program’s annual awards banquet. The Power Hour is a unit made up of developmental players who train four to five days a week, learning technique, developing strength, power and mass and striving to establish personal record throughout the fall. The Power Hour Award is voted on by this group to recognize the player who epitomizes work ethic, consistency and leadership in all areas of the program.

HIGH SCHOOL AND PERSONAL
Earned a spot as a walk-on in the fall of 2022 … two-time letterman at Fluvanna County high school playing for head coach Michael Morris … tri-athlete at FCHS as a member of the football, wrestling and lacrosse teams … earned All-Jefferson District and All-Central Virginia honors in 2020 as a defensive end … posted a 20-1 record as a wrestler in 2020, winning 20-consecutive matches … a three-time captain on the FCHS lacrosse team and named the team’s defensive MVP in 2019 … earned an associate’s degree while in high school in computer science … landed a spot on the FCHS Dean’s List five times and included on the school’s President’s List once … father Jim Stoltz played football at Concordia University Wisconsin before playing professional American football in Italy … is a computer science major at UVA.