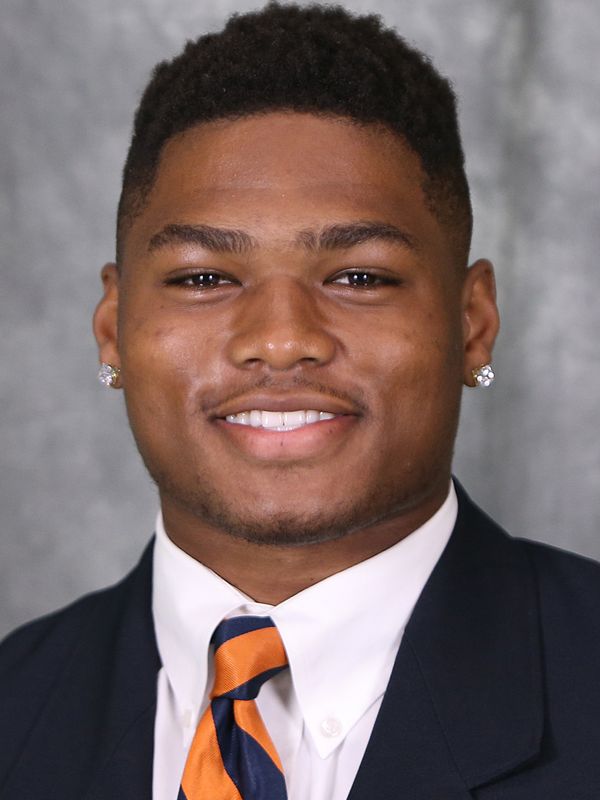 VIRGINIA
2021 – Appeared in all 12 games and rushed for 237 yards … averaged 7.4 yards per carry … rushed for 60 yards in both the Duke and BYU games … also recorded TD carries vs. Blue Devils and Cougars … had a 49-yard TD run at BYU which was career long and longest by a UVA player during the season.

PREVIOUS SCHOOL
Joined the UVA program in 2021 after graduating from Harvard in May 2021 with a degree in government … has one year of eligibility … earned second-team All-Ivy League honors in 2019 after leading Harvard in rushing with 734 yards, finishing fifth in the Ivy League … he scored seven touchdowns in 2019, which ranked fifth in the Ivy League … appeared in 22 career games for the Crimson … leaves Harvard with 1,181 career rushing yards and 12 touchdowns … was a Phil Steele preseason All-Ivy League second-team selection in 2020 before the Ivy League season was canceled.