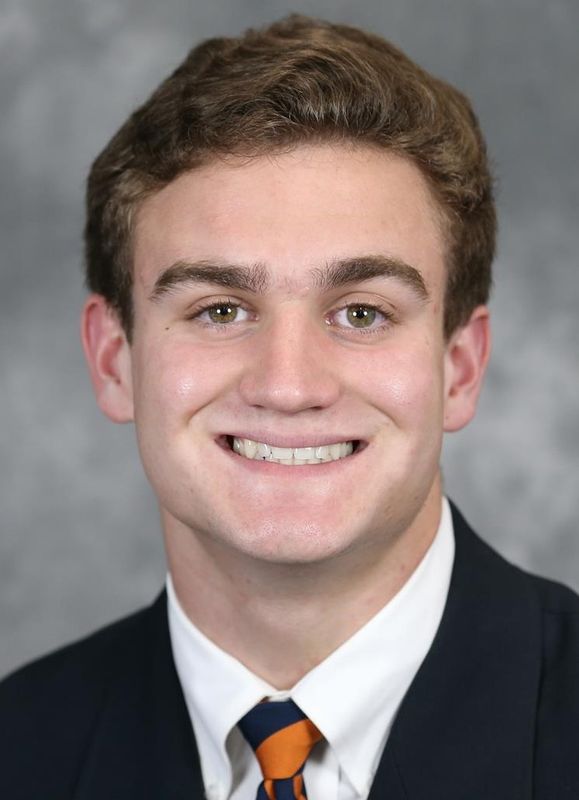 AT VIRGINIA
2020 – Appeared in nine of UVA’s 10 games … made one tackle in the season-opening win over Duke … made one tackle at No. 11 Miami … recorded a tackle against No. 15 North Carolina … notched a special teams tackle in win over Louisville … made a tackle against Boston College. 2019 – Appeared in three of UVA’s 14 games … made collegiate debut against Duke … recorded two tackles against the Blue Devils … saw time on special teams and on defense … one of 17 UVA true freshmen to appear in 2019 … retained redshirt under new NCAA rules.

Played linebacker and tight end at Lake Braddock High School for head coach Mike Dougherty … was a first-team all-region linebacker in 2018 as a senior after finishing with 183 tackles … also earned first-team All-Northern Virginia honors and second-team All-Met … 2017 first-team all-conference, all-region and all-area honoree … helped lead Lake Braddock to the conference championship in 2017 and a third-place finish in the region after tallying 182 tackles … son of Michel and Pete Ahern  … a three-star recruit by ESPN.com, Rivals.com and 247sports.com … major is Religious Studies … recipient of the 2021-2022 Ken Newsome Endowed Football Scholarship