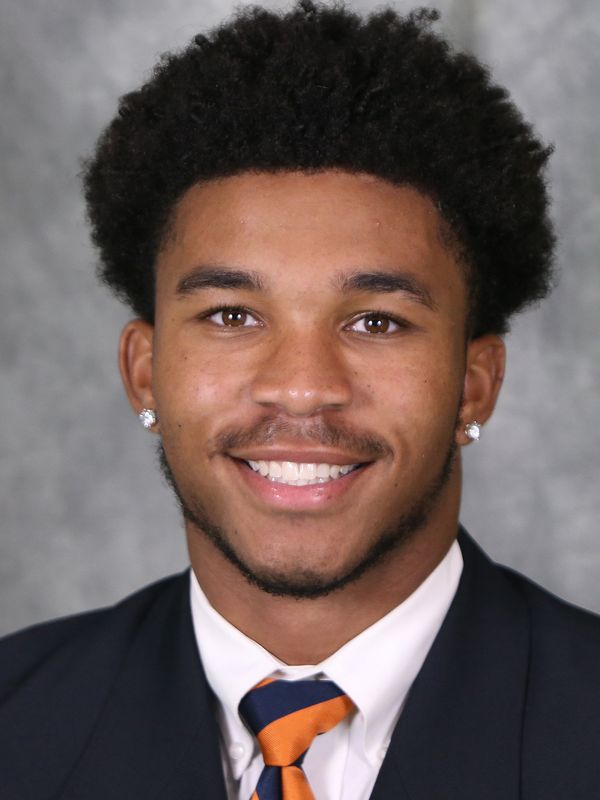 HIGH SCHOOL AND PERSONAL
Played quarterback at Benedictine College Prep for head coach Greg Lilly … high school team did not compete in fall of 2020 … earned Virginia Independent Schools Athletic Association (VISAA) all-state in 2019 … averaged 184 passing yards and 54 rushing yards per game as a junior … passed for 155 yards and rushed for two touchdowns in 14-6 win in the state championship game … missed part of his junior season due to a knee injury but returned for team’s playoff run … preseason all-state pick by MaxPreps heading into his senior season … tabbed by MaxPreps as the state of Virginia’s top overall athlete for all sports … rated as one of the state’s top 25 players by MaxPreps … played quarterback running back, wide receiver and defensive back in high school … outstanding two-sport athlete was named state Gatorade Player of the Year in baseball … is a right-handed pitcher, catcher and shortstop for baseball team whose fastball has been clocked at 93 MPH … named as one of the top 50 prep baseball players in the nation for the class of 2021 by MaxPreps … ranked as the No. 35 prospect by Baseball America for the class of 2021 … was 6-0 on the mound with 50 strikeouts and batted .388 with five home runs as a sophomore (last season completed) … helped Cadets to a 28-2 record and 2019 VISAA Division I state championship … he earned the save in the state title game … named to All-Metro teams for both football and baseball … also played on basketball at Benedictine … father, Pete, played basketball at Richmond, helping the Spiders to the Sweet 16 of the NCAA Tournament in 1988 … a three-star recruit by ESPN.com, Rivals.com and 247sports.com.