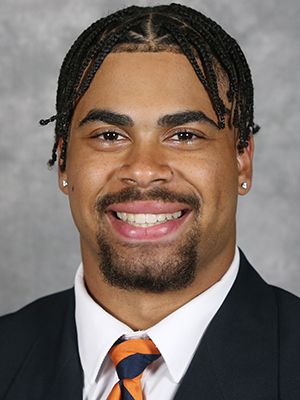 HIGH SCHOOL AND PERSONAL
Played linebacker, tight end and long snapper at The Lovett School for head coach Michael Muschamp … three-star rated linebacker according to Rivals and 247 Sports … No. 95 linebacker in the nation and No. 79 prospect in the state of Georgia according to 247 Sports … earned all-region honors his junior season … AJC all-state honorable mention … 2020 Atlanta/South Fulton All-Metro Team selection … 2020 first team all-region … Helped the Lions to an 8-4 record and second round of state AA playoffs as a senior … Credited with 90 tackles and two interceptions and as a tight end had 13 catches for 174 yards and two scores as a senior … also played basketball for the Lovett School … his grandfather, Steve Bracey, played three seasons in the NBA with the Atlanta Hawks (1972-74) and the Golden State Warriors (1974-75)…major is undecided in the College of Arts and Sciences.