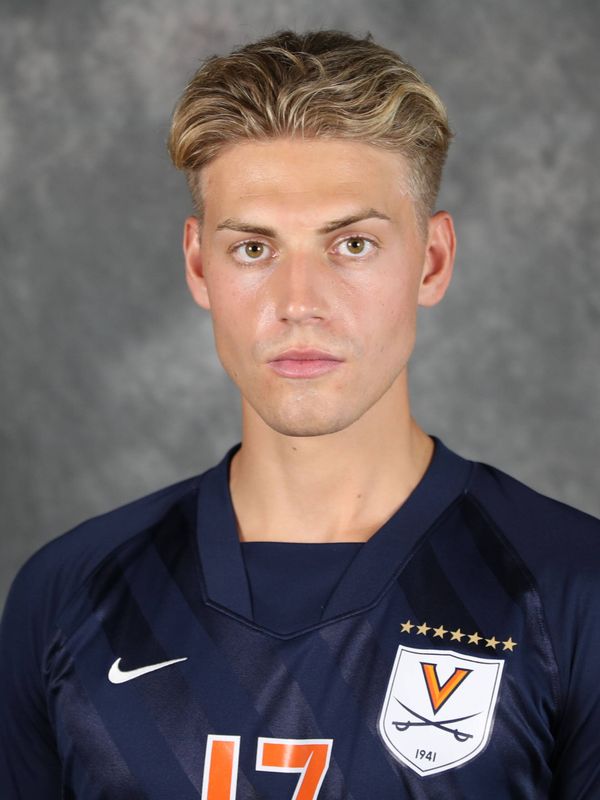 2020
• A Third Team All-ACC selection
• One of three Cavaliers listed on the ACC All-Academic Team and was a member of the ACC Academic Honor Roll
• Named the Stanley Lerner Memorial Award as the team’s most valuable player
• Named to the ACC All Tournament Team
• Started all 13 matches in which he appeared
• Played every minute in 10 of the 13 games including the first eight of the season
• Was part of four of the team’s six shutouts on the year
• Scored the game-winning goal on a successful penalty kick attempt against Syracuse on Oct. 30
• Credited with an assist the second goal of a 3-0 win over George Mason on March 2, 2021

2019
• Listed on TopDrawerSoccer.com’s Freshman Best XI First Team
• Garnered Third Team All-ACC and ACC All-Freshman Team honors
• One of four Cavaliers listed on the ACC All-Academic Team
• Played every minute of the Cavaliers 24 matches
• One of nine UVA freshmen that started every game on one of UVA’s 13 College Cup teams and only two, Ueland and Sheldon Sullivan (2014), have played every minute of every match their first year on grounds.
• Scored a golden goal in the regular season finale against North Carolina helping the Cavaliers clinch their first ever Coastal Division Championship and a share of the league’s regular season title for the first time since 2005
• Credited with a brace that included the game-winner in a 3-0 win over St. John’s in the Third Round of the NCAA Tournament
• Recorded an assist on a long pass in the Cavaliers first goal of the NCAA College Cup against Wake Forest
• Key component on a defense that surrendered 13 goals in 24 games and held a 0.53 goals against average, lowest in the country. The 15 shutouts by the Cavaliers were the most of any team in the NCAA.