CHARLOTTESVILLE, Va. – Virginia center Olusegun Oluwatimi was named a Second Team All-American by the Football Writers Association of America (FWAA) on Friday (Dec. 10). He is the second center in program history and the first UVA offensive lineman since 2011 to garner All-America honors.

Oluwatimi is also listed as a second team All-American by Action Network and Pro Football Network. 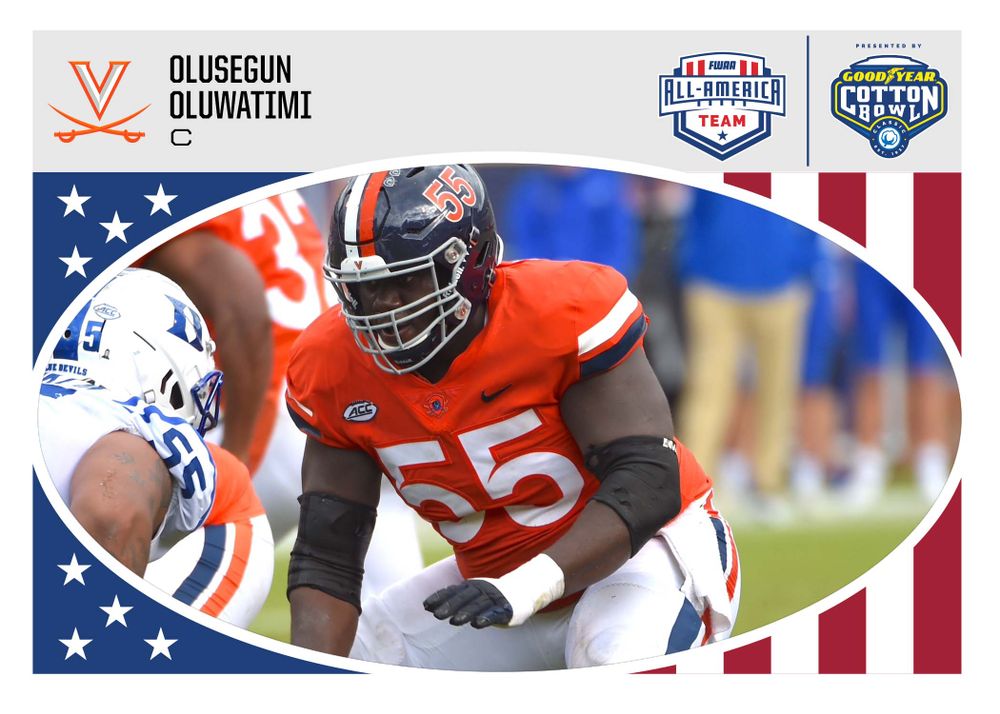 Oluwatimi adds to a growing list of postseason honors including being named one of three finalists for the Rimington Trophy, annually bestowed on college football’s top center. This past Tuesday, the Richmond Touchdown Club tabbed him as the state’s co-Offensive Lineman of the Year. Oluwatimi is also second team All-ACC honoree chosen by a voting panel of 50 media members and each of the league’s head coaches.

The Upper Marlboro, Md. Native started all 12 games for UVA in 2021 and 32-straight since the 2019 season. He saw action on 910 plays this season, the most by any ACC center. According to Pro Football Focus, Oluwatimi was rated the number two center in the nation in run blocking and led the ACC