A total of 13 Cavaliers have played on the Collegiate National Team and head coach Brian O’Connor served as the team’s pitching coach in the summer of 2018. 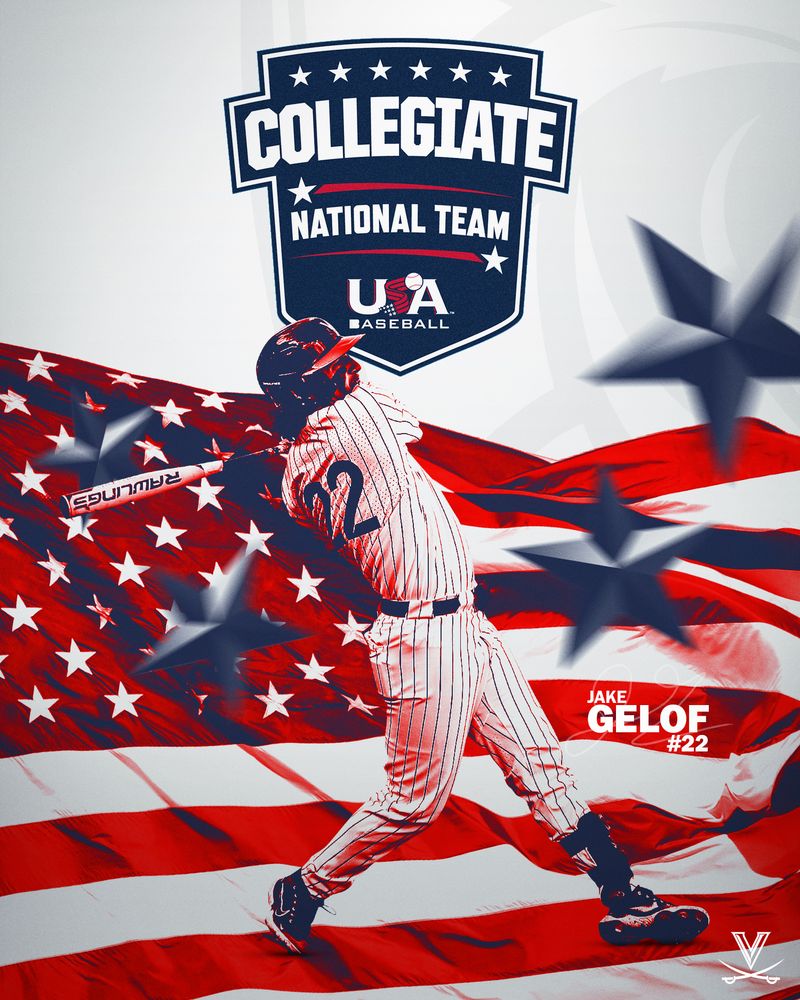 Gelof emerged as one of the top hitters in college baseball over the course of the 2022 season. He is a semifinalist for both the Dick Howser Trophy and the Golden Spikes award, two of the top honors in the sport. Gelof, a First Team All-ACC selection at third base, batted .377 (80-for-212) with 21 home runs and a school-record 81 RBI. His 21 homers were second to Brian Buchanan’s 22 in 1994 for the most in school history.

The Rehoboth Beach, Del. native was named the D1Baseball and Perfect Game Midseason Player of Year after getting off to a scorching start. In the Cavaliers first four home games of the season he went 9-for-10 with four home runs and 15 RBI in four games helping him garner NCBWA, Collegiate Baseball Newspaper and ACC Player of the Week honors. He drove in eight runs against Cornell on Feb. 25, the most by a Cavalier since 2013 and followed up with the program’s first cycle since 2001 on Feb. 27.

The USA Baseball Collegiate National Team Training Camp will feature 48-50 of the premier non-draft eligible college players for a five-game Stars vs. Stripes intrasquad series in North Carolina from June 30–July 4. USA Baseball will name a final, 26-man Collegiate National Team roster after Training Camp that will represent the United States at Honkbalweek Haarlem in the Netherlands from July 9–15.

The opening game of the Stars vs. Stripes series will take place at the USA Baseball National Training Complex in Cary, North Carolina, at 7 p.m. ET on June 30. The Durham Bulls Athletic Park (DBAP) in Durham, North Carolina, will host games two, three, and four. The first pitches of games two and four are set for 6:35 p.m. ET on July 1 and 3, respectively, and game three will start at 5:05 p.m. ET. Training Camp will conclude with the series finale on July 4 at Truist Field, the home of the Charlotte Knights, in Charlotte, North Carolina, with the first pitch at 6:05 p.m. ET. All five games of the series will be available to watch on USABaseball.com.

Team USA will begin Honkbalweek Haarlem against Japan on July 9 at 8 a.m. ET (1 p.m. local time) before taking on Italy, Cuba, the Netherlands, and Curacao to close out group stage play. The second round of competition will then be played on July 14, ahead of the championship on July 15.