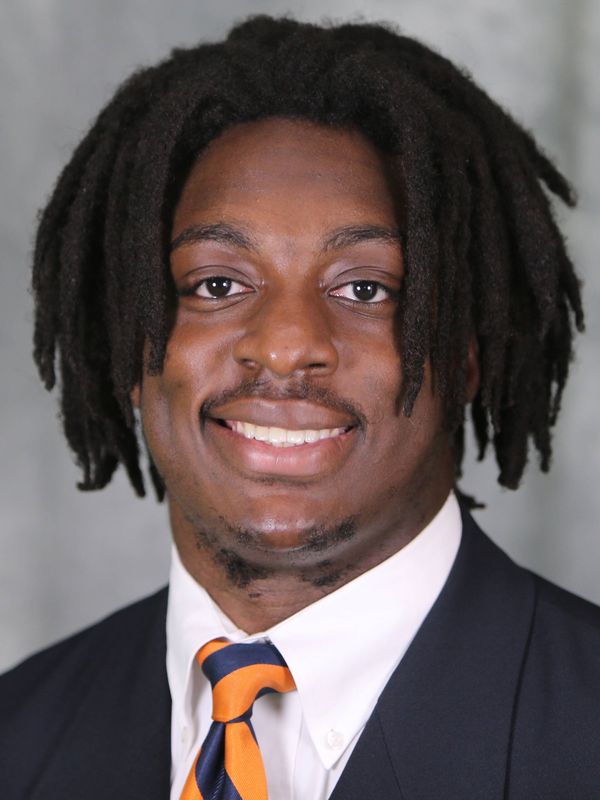 AT VIRGINIA
2021 – Selected for the 2021 ACC All-Academic team … named to 2021 National Football Foundation Hampshire Honor Society … appeared in 11 of 12 of games with 10 starts … caught five passes for a career-high 122 yards and a touchdown against Illinois on 9/11… the 122 yards receiving were the most by a UVA tight end since 2005…caught a 40-yard touchdown pass against BYU, the longest TD reception of his career… caught a touchdown pass in five straight games from 9/11 (vs. Illinois) to 10/16 (vs. Duke)…his seven receptions vs. Virginia Tech (11/27) were a career-high…his eight touchdowns were the most by an ACC tight end and the fourth most in the country…the eight touchdowns are second most in a season in school history, trailing only Heath Miller (9) from 2002…his 598 yards led all ACC tight ends and is the third most by a tight end in program history.

PREVIOUS SCHOOL
A transfer from Oklahoma State where appeared in 34 games with 28 career starts … a two-time (2018 and 2019) All-Big 12 honorable mention honoree by the league’s coaches … earned All-Big 12 Academic Team honors (second team) in 2020 … recruited out of high school as a quarterback, he moved to tight end in advance of OSU’s Camping World Bowl win over Virginia Tech in 2017 … left Oklahoma State with 31 career receptions for 361 yards and four touchdowns … In 10 game in 2020, he notched nine receptions for 129 yards and one touchdown … versatile performer in the catch-passing and run-blocking game, he helped pave the way for Chuba Hubbard to lead the FBS in rushing yards and earn All-America and Big 12 Offensive Player of the Year status in 2019 … graduated from Oklahoma State with a degree in management.

HIGH SCHOOL AND PERSONAL
A 2017 graduate of Cedar Grove High School where he played quarterback for head coach Jermaine Smith … led Cedar Grove to its first state championship with a 13-2 overall record as a senior in 2016 … named the Montlick and Associates Region 5 Athlete of the Year … a first-team all-region 5 3A selection after throwing for 2,316 yards and 26 touchdowns, and also an honorable mention all-state selection … as a junior, completed 62 percent of his passes for 1,992 yards, with 20 touchdown passes against six interceptions … Cedar Grove finished his junior season with an 11-2-1 record and advanced to the state semifinals … sophomore season numbers included a 66.7 completion percentage, 1,489 passing yards and 16 touchdowns while helping lead the team to the second round of the playoffs … was also a talented basketball player, earning honorable mention honors to the AJC all-state team as a junior … rated as a three-star prospect by Rivals.com, Scout.com, ESPN.com and 247Sports.com … Rivals.com ranked him as the No. 20 dual threat quarterback prospect in the nation, while ESPN.com tabbed him as the No. 25 pocket passer in the country and Scout.com listed him as the No. 41 overall quarterback prospect nationally … son of Shaheerah and Greg Woods.

Virginia Withdraws from Fenway Bowl Due to COVID-19 Issues
Football

Virginia Withdraws from Fenway Bowl Due to COVID-19 Issues

Woods to Play in East-West Shrine Bowl on Feb. 3
Football

Woods to Play in East-West Shrine Bowl on Feb. 3

Woods Coming Up Big for Hoos