CHARLOTTESVILLE, Va. – Virginia quarterback Brennan Armstrong was named the Atlantic Coast Conference Quarterback of the Week for the second time in as many weeks, center Olusegun Oluwatimi won ACC Offensive Lineman of the Week and tight end Jelani Woods was recognized as the ACC Wide Receiver of the Week on Monday (Sept. 13).

Armstrong is only the third quarterback in program history to win back-to-back ACC weekly awards and the first since Shawn Moore in 1990. Woods is the first UVA tight end to earn a weekly honor since Joe Torchia in 2010. Oluwatimi and Woods were recognized by the league for the first time in their careers.

Armstrong had the best game of his career in the Cavaliers’ 42-17 victory against Illinois on Saturday. He completed 27 of 36 attempts for 405 yards and threw for five touchdowns. Armstrong’s passing total was the fourth best single-game total in UVA history and he became just the second Cavalier to throw for 400+ yards and five touchdowns in a game. He completed 19 of 23 throws at one point and saw nine of his passes result in gains of 20-or-more yards.

Armstrong established career highs in completions (27), passing yards (405) and passing touchdowns (5). He also caught the first pass of his career in the contest, an 18-yard reception from Dontayvion Wicks. Armstrong currently leads the ACC in total offense (387.50 ypg.) and passing (372.0 ypg.). Nationally, he ranks No. 6 in passing efficiency, No. 5 in passing yards, No. 4 in passing TDs, No. 3 in passing yards per game and No. 3 in points responsible for (27.0 ppg.). 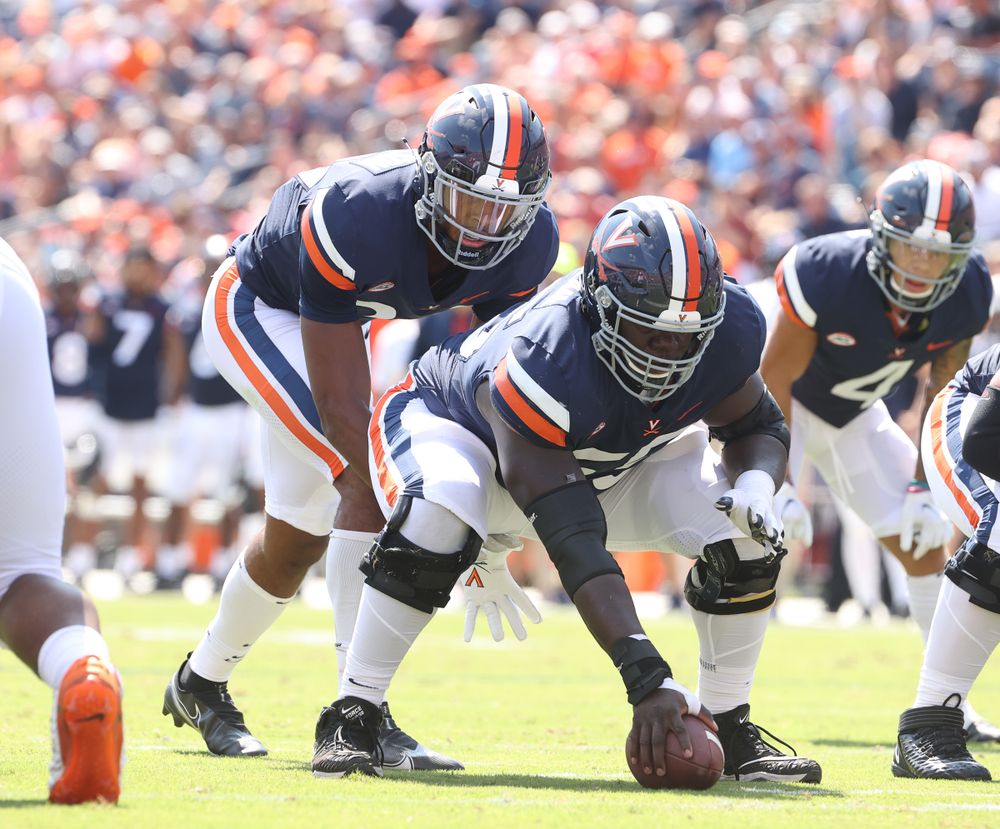 Oluwatimi keyed an offensive line that did not surrender a sack to Illinois during 40 passing plays. He graded out at 88.2 percent (based on Pro Football Focus system) and had nine pancake blocks. The Cavaliers piled up a total of 556 yards in the team’s 42-17 victory against Illinois.

Woods caught five passes for a career-high 122 yards and a touchdown on Saturday against the Fighting Illini. The 122 yards were the most by a Cavalier tight end since Tom Santi (128 yards) in the 2005 Music City Bowl against Minnesota. Woods’ previous career high of 54 yards receiving was established against Iowa State on Oct. 24, 2020 while at Oklahoma State. He scored Virginia’s first touchdown of the afternoon, a 32-yard strike from Armstrong on UVA’s fourth play from scrimmage. He averaged 24.4 yards per catch and had three receptions of at least 28 yards.