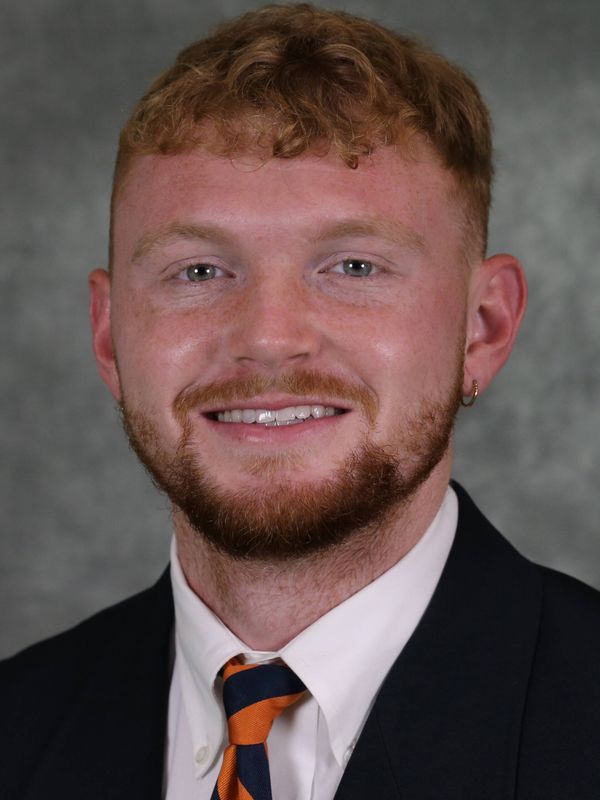 AT VIRGINIA
2021 – One of UVA’s four captains, first two-time captain at UVA since Micah Kiser and 2nd two-time captain under Mendenhall… In season opener against William & Mary threw for 339 yards, the most by a UVA quarterback in a season-opening game…  Threw for 405 yards and a career-high five touchdowns against Illinois on 9/11…. Became the 4th UVA QB to pass for 400 yards in a game and the second to throw for 400 yards and five touchdowns… Set the UVA single-game passing record (554 yards) and single-game total offense mark (538 yards) at North Carolina, both totals were the highest in a single-game by anyone in FBS through Nov. 16… He threw for 364 yards in the first half against UNC, also a program-record… Threw for 400 yards in three-straight games – Illinois (405), UNC (554), Wake Forest (407)… Prior to that, a UVA quarterback had not thrown for 300 yards in three consecutive games… Compiled 487 yards passing while erasing a 17-point fourth-quarter deficit in a 34-33 win at Louisville. It was the second-highest single-game passing total in program history… In the fourth quarter, he threw for 183 yards and two touchdowns, including the game-winning score, a 1-yard touchdown pass to Grant Misch… The last minute victory was UVA’s first since 2012… Playing just three quarters against Duke, threw for 364 yards and two touchdowns against Duke… Accounted for 495 yards of total offense (396 passing, 99 rushing) in a 48-40 win over Georgia Tech, the second highest total in program history… His 99 yards rushing were a season-high and included at the time, UVA’s longest rush of the season, 45 yards in the second quarter… Suffered an injury at BYU after accounting for six touchdowns (4 pass 2 rush) and 337 yards passing to go along with 94 yards on the ground… broke the school record for passing yards with an eight-yard completion to Jelani Woods in fourth quarter… The 300-yard passing performance at BYU was his ninth of his career, breaking Matt Schaub’s school record of eight.

2019 – Appeared in seven of UVA’s 14 games … missed the Florida State, Old Dominion, Notre Dame and Miami games with an injury … against Pitt he appeared on punt coverage … he was 9-of-10 passing for 103 yards against William & Mary … rushed three times for 13 yards against the Tribe … completed his only pass at North Carolina on a fake field goal … his five-yard pass to Tanner Cowley recorded a first down in the first quarter that led to a touchdown … was 3-of-4 passing for 73 yards and one touchdown in win over Liberty.

2018– Appeared in four of UVA’s 13 games … one of 13 UVA true freshmen to see action in 2018 … one of eight true freshmen to make collegiate debut in the season opener against Richmond … seeing all his action in the fourth quarter, he rushed three times for 11 yards against the Spiders, while going 1-of-2 for six yards in college debut … in limited action against Louisville in the ACC opener he ran for 50 yards, including a 34-yard sprint in the second quarter … led the UVA offense for one drive at Georgia Tech after Bryce Perkins went down with an injury … was 1-of-2 passing and connected on his first career passing touchdown to Joe Reed for 56 yards … also rushed twice for 13 yards against the Yellow Jackets … appeared in one offensive play against South Carolina in the Belk Bowl, lateraling the ball to Bryce Perkins on a pass play … retained redshirt under new NCAA rules.

HIGH SCHOOL AND PERSONAL
Was a January enrollee and took part in 2018 spring practice … played quarterback at Shelby High School for head coach Erik Will … four-year starter … led Shelby to a 13-1 record and an appearance in the Division IV state semifinals … in 11 games he completed 100-of-165 passes for 1,933 yards and 30 touchdowns … rushed for 1,105 yards and 22 touchdowns … named first-team Division IV OPSWA All-State … co-Richland Source Offensive Player of the Year … in 2016 he threw for 2,321 yards and 19 touchdowns and rushed for 1,065 yards and 18 touchdowns … accounted for nine touchdowns in a game as a freshman, losing 83-82 to Tiffin Columbian, helping tie an Ohio High School Athletic Association  record for combined points scored in a game … completed 21-of-36 passes for 358 yards and five touchdowns in that game … also rushed for 191 yards and four touchdowns in the record-tying game … rated a four-star recruit by ESPN.com … rated a three-star recruit by Rivals.com, 247Sports.com and Scout.com … major is American studies … recipient of the 2022-2023 Rogers Family Bicentennial Scholarship Fund.