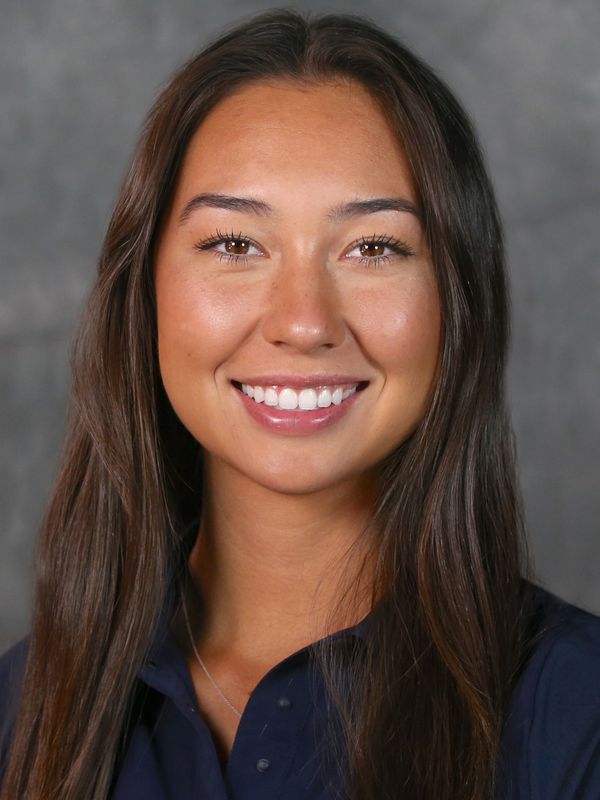 2022-23 (Sophomore)
• Finished the fall ranked No. 21 by Golfweek and No. 50 in Golfstat standings
• One of 25 players named to ANNIKA Award preseason watch list
• Won the ANNIKA Intercollegiate to open season
• Shot career-low -9, 207
• Tied UVA single-round scoring record with opening round -7, 65 at ANNIKA
• Was seventh at the Mercedes-Benz Collegiate, shooting -6, 207
• Finished 19th at the Windy City Collegiate Classic
• Selected as the ACC Golfer of the Month for September

2021-22 (Freshman)
• Named an honorable mention All-American by Women’s Golf Coaches Association and Golfweek
• All-ACC selection, the first Cavalier freshman to receive the honor since Beth Lillie in 2018
• Led team with 72.85 stroke average, the lowest freshman scoring average in program history
• Finished 31st at NCAA Championships
• Tied for fifth at NCAA Ann Arbor regional (+2, 215) along with teammate Jennifer O’Leary
• Was third at ACC Championships (-1, 215), her best tourney finish of the season
• Her ACC place finish was the best of any freshman in the field
• Has finished in top-25 in nine of 11 events
• Led team in rounds under par (10)
• Ranked No. 45 by Golfstat entering postseason play
• Had season-best -5, 211 at Moon Golf Invitational
• Produced that result after shooting -4, 212 at UCF Challenge
• Top 18-hole score was 69 she produced four times
• Opened collegiate career with sixth-place finish at Wolverine Invitational
• Posted best fall tourney score (-1, 215) at Wolverine Invitational
• Shot low rounds of -3, 69 in the fall at both Wolverine Invitational and The Landfall Tradition
• Participated in the 2022 Augusta National Women’s Amateur
• Selected to 2022 VaSID All-State team where she was also the co-Player of the Year
• Named to 2022 ACC Academic Honor Roll and All-ACC Academic team

Amateur / High School / Personal
• Enrolled in Arts & Sciences at UVA
• Recipient of the 2022-2023 John and Audrey Lewis Endowed Women’s Golf Scholarship
• Placed 17th in stroke play at 2022 U.S. Amateur and reached round of 32 in match play
• Was third at 2022 North & South Women’s Amateur in stroke play and reached semifinals in match play
• Competed at the Augusta National Women’s Amateur in 2021
• Won the 2021 Rolex Girls Junior Championship
• Ranked as high as No. 27 in the World Amateur Golf Rankings and as high as No. 5 for American competitors prior to signing with UVA
• Ranked No. 33 in the Rolex American Junior Golf Association Rankings and was the No. 14 ranked player in Golfweek’s junior rankings when she signed with the Cavaliers
• Was the No. 8 player for the class of 2021 by Junior Golf Scoreboard and No. 5 in the class according to Golfweek
• Tied for seventh at the 2020 Symetra Tour Championship while playing with an amateur exemption
• Was 11th at the Symetra Tour Championship in 2019
• Won the 2020 North & South Junior Championship at Pinehurst thanks to shooting 68 in the final round
• Competed in the 2020 North & South Women’s Amateur and the 2020 U.S. Women’s Amateur Championship
• A six-time American Junior Golf Association champion, she took medalist honors at the 2020 Fayetteville Open and shared the individual title at the 2020 Make-A-Wish Foundation Open
• Served as a player representative for the AJGA Board of Director
• She picked up AJGA All-America honors in 2019 and 2020 while also earning AJGA Academic All-American honors in both of those seasons
• In 2019, was a member of the winning U.S. Team at the Ping Junior Solheim Cup in Gleneagles, Scotland
• Won the 2019 AJGA Rolex Girls Championship and was the PKBGT Tour Order of Merit Champion
• Placed first at the 2019 PKBGT Invitational, the AJGA Callaway/Ollie Schniederjans Junior and the PKBGT Masters
• Took medalist honors at the 2018 Rolex Tournament of Champions
• Won three consecutive North Carolina private school Division I state titles from 2018 to 2020 while competing for The Cannon School
• Helped her high school to three state titles from 2017-19