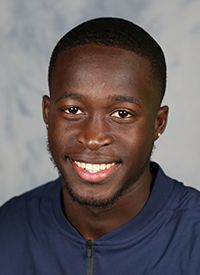 Personal
• Majoring in religious studies and minoring in entrepreneurship
• In 2021, named recipient of Ralph Sampson Scholarship Award (for excellence in athletics, leadership and academics) and the Ernest H. Ern Award (for the impact he has made on student and community life)
• Voted by fellow student-athletes as the 2021 Male Comeback Athlete of the Year after suffering a knee injury that forced him to miss the majority of his freshman season
• Son of Rosetta Harris and Bryan Owen
• Has one brother, OBrian, and four sisters, Shanieka, Krystal, Krystie, Shameilleo