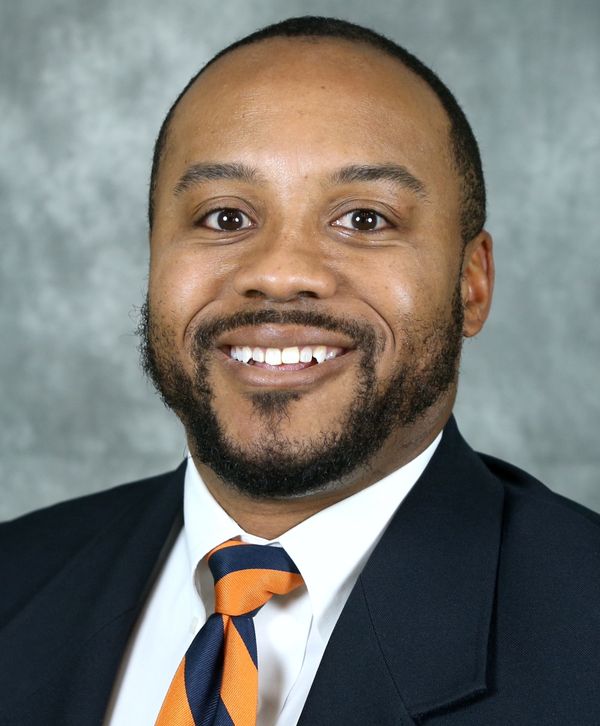 Adam Mims joined the Virginia football program in January of 2022 as a senior offensive analyst. He comes to UVA after spending the previous three seasons as an assistant coach at UT-Chattanooga where he coached wide receivers. He mentored a pair of all-conference receivers in Reginald Henderson (2020-2021) and Bryce Nunnelly (2019) with the Mocs.

Mims also coached wide receivers at Tennessee Tech in 2018 and was the receivers coach and passing game coordinator at Presbyterian from 2016-2017. Wideout DaShawn Davis was honored with all-conference honors both of his seasons with the Blue Hose.

During the 2015 campaign, Mims worked as an offensive analyst at Samford. That season, the Bulldogs finished third in the nation in passing and seventh in total offense while boasting the top team completion percentage.

A native of Birmingham, Ala., Mims graduated from Furman in 2011 with a degree in health and exercise science. He was a three-time All-SoCon selection as a return specialist and wide receiver for a Paladins. He ended his collegiate career as Furman’s career record holder in receptions (198) and receiving yards (2,433) along with holding the school’s single-season mark for receptions (74). He scored 13 touchdowns, averaging 13.3 yards per catch while starting 25 of 48 career contests. Mims signed free agent contracts with the Pittsburgh Steelers (2011) and Montreal Alouettes (2012) during his professional career.